The USA has faced the “difficult economic period”, with these words US President George Bush addressed US citizens. The origin of US leader’s pessimism lies in quite unfavourable economic reports revealed in early May. The new information evidenced the growth of unemployment and the low growth of the US economy. However, it remains unclear whether the US economy is really as bad as the president considers. According to the Department of Labor, in April the number of jobs lowered by 20,000, but experts forecast it to be 75,000 people. The May and February the increase of unemployment amounted to 81,000 and 80,000 people respectively.

As for another concern of the US President (the low growth of the US economy), the US GDP grew 0.6 percent during the first quarter of 2008, the preliminary data said.

Despite the best economic results, George Bush expressed confidence that Americans will contrive to overcome this difficult time. Moreover, according to Bush, measures to stimulate the economy that were taken by the US administration some time ago have yielded the first results. As a result, in the current quarter Americans will feel financial thaw caused by tax deductions of 117 billion dollars.

While the US President foresees “the difficult economic period”, another world-known person -investment guru and billionaire Warren Buffett, the chief executive of Berkshire Hathaway Inc., feels very optimistic about the future of the US economy. According to him, the global credit crisis is coming to its end, while the Federal Reserve System managed to prevent new bankruptcies by saving Bear Stearns Cos. “The worst of the global credit crisis could be over,” Buffett told the Bloomberg channel ahead of the annual shareholder meeting held in Omaha. “However, there are still problems for people with personal mortgage credits.”

“The major concern was the possible domino effect: it was really a great problem,” Buffett underlined. “If Bear Stearns had gone bankrupt, next day it would have been followed by somebody else. It would have been a very, very chaotic situation.”

Today there is enough evidence to consider that the stricken US banking system resisted the blows of the credit crisis. It is a good basis for gradual improvement of the situation in the entire economy and for breaking the economic deadlock. However, we cannot say that the crisis is sliding down. Apart from the known economic circumstances, the USA was adversely affected by the double external deficit, as well as the imminent crisis of home consumption that is the guarantee of the US GDP. Worse credit conditions set off by the last year crisis have significantly increased the US costs of loan service which in turn hit the consumption. Tax deductions urged by the US administration have slightly eased the financial burden of Americans. As a matter of fact, the proposed sums of deductions cannot cardinally alter the situation, for much greater sums are necessary. 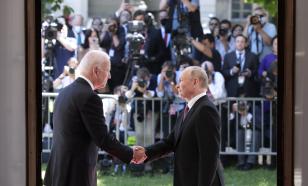