The US administration has been conducting secret talks on the deployment of a mobile radar of its missile defense system in another European country – Turkey. The USA may start official negotiations on the matter during the NATO summit. For the time being it is known that US Defense Secretary Robert Gates touched upon the issue during his recent visit to Turkey. The new plans of the US administration may seriously aggravate its relations with Moscow. 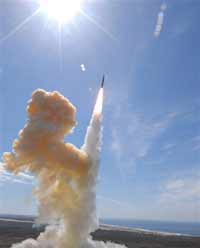 The fact of USA’s negotiations with Turkey has been officially confirmed only on March 13, 2008. Pentagon Press Secretary Geoff Morrell told reporters of Gates’s recent visit to Ankara, the capital of Turkey. US and Turkish officials discussed the military operation of the Turkish Army in Iraq. In addition, Morrell said, the parties discussed plans on the establishment of the missile defense system in Turkey.

John Rood, acting Undersecretary of State, previously rejected the fact of the negotiations. Rood particularly stated in Washington that the USA was not planning any missile defense talks with any countries other than Poland and the Czech Republic.

As it turns out, Robert Gates urged Turkey to cooperate in the creation of the third center of the missile defense system. The Pentagon head promised to render financial help to Turkey in terms of army modernization. According to Gates, investments in Turkey’s defense sector may reach one billion dollars.

The US-based Missile Defense Agency intends to deploy a mobile radar system in Turkey, the Austrian newspaper Die Presse wrote. For the time being, the USA uses only one such radar, which is located in California.

Apparently, the systems, which the USA intends to build in Poland and the Czech Republic, will not be able to protect all allies. Greece, Bulgaria, Romania and Turkey may suffer from a possible missile attack from Iran, US officials believe. The NATO summit is to discuss the problem at a meeting in Bucharest, in April.