Schools are without heating, no books and no paper due to the total blockade against Israeli civilians in Gaza. The UN warns that stocks of essential goods are diminishing. Abnormally low temperatures exacerbate the problem. 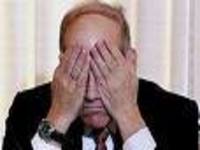 The UN warns that essential goods are becoming increasingly scarce due to the blockade, because no trucks can cross the border of the Gaza Strip. The humanitarian situation in Gaza, where about 1.4 million people live, is being exacerbated due to the rare cold spell, according to the UN (UNRWA).

The agency has provided approximately 112,500 liters of fuel to officials in Gaza but it is far from the amount needed to remove garbage piled along the streets. The schools in Gaza will reopen tomorrow after the winter break, but they probably will not have any heat - or electricity, according to UNICEF. They will also not have books because Israel did not allow the UN to take paper to Gaza.

UNRWA has so far received only 1 percent of the $ 237 million it sought in urgent humanitarian aid last December when launched its appeal for the Palestinian occupied territory.