They say timing is everything. So what happened with the recent incident in the Strait of Hormuz between US and Iranian vessels? First the media said it happened Saturday, then they said it happened Sunday, but it was not a news item until Monday. Strangely this occurrence was in unison with the visit of George Bush to the Middle East and the day before the New Hampshire primary. 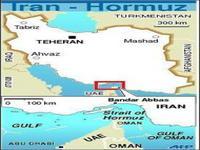 Western media shrieked hysterically as on cue when they alluded to claims of US officials that five Iranian speedboats “swarmed” three US navy ships in the Strait of Hormuz. The Bush administration complained that the Iranian actions amounted to a dangerous provocation. US officials also claimed that during the incident warnings had been exchanged between the two sides, accusing Iran of harassing the US navy ships, a claim that was rejected by Iran.

"All options are on the table to protect our assets," Bush said while in Jerusalem. "We have made it clear publicly and they know our position and that is that there will be serious consequences if they attack our ships, pure and simple. My advice to them is don't do it."

Iran says that US warships approached Iranian territorial waters in the Strait of Hormuz where they were surprised by the Iranians and their readiness to confront them. The Iranians were patrolling in a narrow waterway that is heavily trafficked by commercial ships and oil vessels. The US ships were about three miles outside Iran's territorial waters headed in a westerly direction after having passed the narrowest point in the straits.

An IRGC (Islamic Revolution's Guards Corps) source said that according to the United Nations Convention on Law of the Sea (UNCLOS), conditions are already set forth to monitor foreign vessels in straits such as the Strait of Hormuz. “Such rules and conditions are observed by the littoral states of the Persian Gulf,” the IRGC source added.

Similar incidents have occurred in the Persian Gulf. In one instance, a U.S. Navy vessel fired warning shots across the bow of the small boat said an official who requested anonymity because details of the earlier encounters have not been disclosed to the public.

"The U.S. has a long history of sailing into Iranian waters and otherwise provoking Iran," according Journalist Reese Erlich, the author the book The Iran Agenda: The Real Story of U.S. Policy and the Middle East Crisis. He also recalls the incident where the USS Vincennes shot down an unarmed Iranian passenger plane and the US tried to cover up the incident. He further states, “In that context, the US version of events must be carefully examined."

During the Spanish-American War, the US government sunk its own ship to start a war with Spain. It would also do well to remember the Gulf of Tonkin incident, the lie that formally launched the Vietnam War.

The official story was that North Vietnamese torpedo boats unleashed an "unprovoked attack" against a U.S. destroyer on "routine patrol" in the Gulf of Tonkin and that North Vietnamese PT boats followed up with a "deliberate attack" on a pair of U.S. ships two days later. The truth was very different. One of the Navy pilots on a mission that night was squadron commander James Stockdale, who later became a POW and then Ross Perot's vice presidential running mate. "I had the best seat in the house to watch that event," recalled Stockdale, "and our destroyers were just shooting at phantom targets — there were no PT boats there.... There was nothing there but black water and American fire power."

Today Iran aired its own video of the alleged “incident” with US warships in the Strait of Hormuz in an endeavor to counter Pentagon accusations that the Iranians threatened to blow up the American ships. The video was aired on Iran's English-language channel Press-TV. Shown is an Iranian commander in a speedboat contacting an American sailor via radio, asking him to identify the US vessels and state their purpose.

"Coalition warship number 73, this is an Iranian patrol," the Iranian commander is heard to say in English, asking for the vessel to confirm its number.

"This is coalition warship number 73. I am operating in international waters," replied the American voice.

The tape showed "warship number 73," the USS Port Royal, in the foreground and the two other US vessels in the incident, the USS Hopper and the USS Ingraham. A helicopter was also shown hovering above the US ships in the Iranian footage, shot with a hand held-camera inside the speedboat.

"Request your present course and speed!" added the Iranian commander, who was wearing a yellow lifejacket and the kefiyeh scarf often worn by Iranian revolutionary forces. The dialogue in the video was repetitive and occasionally technical, with the sides agreeing to switch from channel 16 to channel 11 on their radios.

The video supports Iran’s claims that the incident was purely a routine matter of identification that ended without any hostilities or incidents. "Iran clearly just wanted to identify the vessels and find out what they were doing," concluded the Press-TV anchor. The Revolutionary Guards had earlier said that the film released by the Pentagon was a "clumsy fake" where the sound and image were not properly synchronized and clearly that is the case for anyone who scrutinizes the film.

If you believe the US version, then it would seem that Iran managed to scare the “mighty” US military. Iranians are always bullying the Americans and everyone else any chance they get. Perhaps they plan on bombing and invading the US, occupying it for centuries and initiating a regime change that will send most of America's natural resources to Iran. It may even be that Iran wants to dictate to all nations of the world because they are so mighty, invincible and strong.