U.S. administration may not be interested in Iran’s nuclear program at all

The USA has been showing senseless pressure on Iran for three years. Teheran stopped developing nuclear weapons four years ago, as it became known Monday. The report titled “Iran: Nuclear Intentions and Capabilities” was prepared by U.S. intelligence services. The report has been officially coordinated with all 16 services that investigate the Iranian nuclear problem. However, the White House is not going to change it policies as far as Iran is concerned. 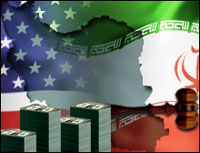 U.S. administration may not be interested in Iran’s nuclear program at all

The report openly runs that the information published in a similar report prepared two years ago was not true to fact. The previous report said that Iran continued to develop nuclear arms. However, the country was forced to shut down the program due to the international pressure, the new report says.

The new report on Iran demonstrates the ability of intelligence services to cast shadow on their previous conclusions. It also proves that intelligence does not depend on political leaders.

However, the White House prefers not to change its stance on the matter. National Security Advisor Stephen Hadley believes that Iran is still capable of developing nuclear weapons. Bush’s strategy is quite correct: he intends to step up the international pressure and simultaneously set out his readiness to negotiate.

“The international community should exert more pressure on Iran, which includes partial diplomatic isolation, UN sanctions and other kinds of financial pressure. Iran should acknowledge the necessity of negotiations,” Hadley draws a paradoxical conclusion.

Ehud Barak, the Israeli Minister of Defense, did not believe the report of the U.S. intelligence. He says that the report was made in the atmosphere of strong uncertainty. Israeli Minister of National Infrastructure Binyamin Ben-Eliezer said that his country should not take chances and continue running a campaign against Teheran. Tel Aviv believes that Iran still develops a nuclear bomb.

Iran, of course, was satisfied. Manouchehr Mottaki, Iranian Minister of Foreign Affairs, claimed Tuesday that the report would help the international community to appraise the situation in Iran correctly. However, most media outlets assume that the U.S. intelligence services are getting ready to meet the new president in the White House in 2008. The U.S. special services may not be interested in Teheran’s plans at all, being too much occupied in the political struggle inside the United States.