The International Olympic Committee has chosen Sochi to host the Winter Olympics 2014. Pravda.Ru has interviewed Roger McCarthy, director of strategy and operations of Rosa Khutor, a ski resort in southwestern Russia, to find out the reasons why Sochi won the vote. 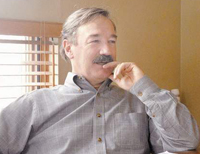 Pravda.Ru: What helped Sochi to win the vote?

Roger McCarthy: Well, I think anybody who has been to Sochi has looked at the mountains which the Olympic Committee did. And it also goes in combination with the city of Sochi. It is very, very unique place. First of all we’ve got palm trees and 40 kilometres up the road we’ve got beautiful mountains. And that is unique. So I think that it is reason number one.

Number two I think is that the Bid committee did a fabulous job putting a great presentation together. Like everybody else I watched the presentation to the Olympic Committee in Guatemala. I think Mr. Putin was fabulous. His French and English were very extraordinary. He did a fabulous job. President Putin obviously gave an impression that the whole population of Russia is behind this bid.

Pravda.Ru: Is it real to build such a huge infrastructure during a seven-year period?

Roger McCarthy: It is a lot of work, but it is real. Remember that there have already been some fabulous things built in very short periods of time. I have built a ski resort in Canada and rebuilt a ski resort in the United States. We, I mean in Rosa Khutor, have always had the focus of building the finest resort we could build using the latest technologies.

Roger McCarthy: Well, I think the ski resort will be profitable after the Olympic Games. And I think that other sport facilities will serve as training sites. And that is the part of the Olympic legacy. The Olympic movement likes to create things that are legacy for future generations and in this case they will be winter athletes.

Pravda.Ru: When you came to Russia for the first time did you think about the possibility of Sochi to host the Winter Olympic Games?

Roger McCarthy: I knew that it was a part of the bid. When I came to Russia for the first time I was very fascinated by Moscow. Russia is very different from what people’s perceptions are. I think one thing will be especially fabulous about the Olympics – it will give the world the opportunity to understand that Russia is not the same place it was ten years ago.

Pravda.Ru: You know a large number of sport officials. Do you think that there is some anti-Russian lobby among them?

Roger McCarthy: I do not think so. In the world of skiing there is the strongest support for this Olympics you can imagine. It is the world I am associated with. FIS, the Fédération Internationale de Ski, has the strongest level of support of the Olympics here. And you will see that because in the next few years we will begin hosting international events which escalate up to the holding the Olympics.