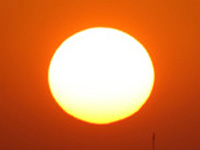 Sochi 2014 – Gateway to the Future. The slogan chosen by the Russian Bid Committee to host the Winter Olympic and Paralympic Games. By choosing Sochi, the IOC Evaluation Commission will not only be recognising Russia’s historic participation in this event but also rubber-stamping development programmes which will go far beyond the new sports complexes, creating a year-round venue for tourism, another meeting point between civilizations.

Under the Olympic Charter, Pierre de Coubertin wrote that the Olympic Movement strives to build “ a peaceful and better world by educating youth through sport practised without discrimination of any kind and in the Olympic spirit, which requires mutual understanding with a spirit of friendship, solidarity and fair play”.

Politics apart, this is exactly the approach of the Russian Federation regarding international relations, namely favouring dialogue, debate and discussion to underwrite a more cohesive world of tomorrow and what better place to choose than Sochi, home to over one hundred nationalities at a crossroads between East and West, North and South?

This multi-cultural venue, the epitome of the Olympic message, is committed not only towards providing a unique setting for the Winter Olympics 2014 but also to developing infra-structures, without forgetting the importance of the region’s ecology.

With a popularity rating of 86 per cent among Sochi’s citizens, the choice of Sochi would recognise the city’s commitment to the local environment, under the programme launched on World Environment Day to clean the city and the surrounding forests. It would allow Sochi’s residents to host year-round tourism and sports events, opening this Summer venue up to Winter activities, doubling the number of visitors from three to six million while at the same time, welcoming the location onto the world tourism route, by creating a meeting place between cultures.

Russia’s experience in the Winter Olympics is second to none and a choice in favour of Sochi would recognise the country’s unique contribution towards these Games – having topped the medals table in 8 of its 13 events. However, Russia’s interest in hosting the Winter Olympics in 2014 is not based on past achievements, but rather looking towards future development: a Fund of 12 billion USD has been set up (90% provided by the Government) to develop the region around Sochi and a Committee has been set up to monitor the implementation of this Fund in building infrastructures, guaranteeing that all will be in place in time and on budget and well before the opening cerimony.

Choosing Sochi as the Olympic and Paralympic venue for 2014 will indeed create a Gateway to the Future and will underline the International Olympic Committee’s mission to create new venues, develop new economies and facilitate new meeting points for the citizens of tomorrow.