Former professional Russian ice hockey player Pavel Bure has sued British Airways. Bure claims that BA's employees made him disembark from the plane for no particular reason. The pilot of the jetliner, which Pavel was going to board, took him for a football hooligan and refused to take off with the suspicious passenger on board 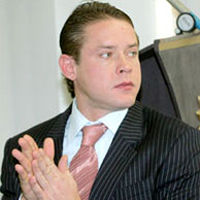 The police had to take Pavel Bure out of the plane. Now the hockey player has filed a suit against the company demanding a compensation of 20 million rubles for moral damages, Bure’s lawyer Dmitri Ragulin said.

The incident took place on October 31. Pavel Bure had to disembark from the plane and continue his journey to Los Angeles using economy class. It took the hockey star more than 24 hours to get to Los Angeles from Moscow.

Pavel Bure and his lawyer tried to settle down the problem with British Airways in a peaceful way. However all their efforts were taken in vain. The company did not even apologize. BA sent Bure a letter in which it was written that “the company hopes that Pavel Bure will continue to use its airline”.