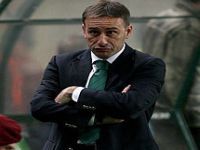 As a manager, Paulo Bento started as the youth team coach at Sporting CP, (wrongly referred to often as "Sporting Lisbon", when the name of the club is Sporting Clube de Portugal), after he hung up his boots and in his first year, he won the Portuguese Juniors championship (2005). Half-way through the 2005-2006 season, Sporting's team coach José Peseiro was dismissed and Paulo Bento took over. In the first three of his four years in charge, he managed three consecutive second-place finishes and automatic qualification for the Champions League. He is the second most successful manager in the history of Sporting CP in terms of trophies won and held the second longest tenure in the club's history (not difficult, because Sporting has had the habit of firing managers after a few bad results (14 managers since 2009, 20 since 2000, 30 since 1995). In four years he won two Portuguese cups (2006-2007, 2007-2008), two Portuguese Super Cups in 2007 and 2008 and was runner-up twice in the Portuguese League Cup in 2007-2008 and 2008-2009.

In 2010, he was appointed Portugal's national team coach when Carlos Queiroz was dismissed after a disappointing World Cup in South Africa and a poor beginning to the EURO 2012 qualifying campaign. Bento steered Portugal to a place in the UEFA 2012 finals in Poland and Ukraine and Portugal finished in a respectable position, in the semi-final (beaten by the eventual champion, Spain, on penalties). The campaign for FIFA 2014 in Brazil was eventually successful after Cristiano Ronaldo destroyed Sweden in the play-off, and here is the crux of the matter.

Without Cristiano Ronaldo, Portugal seems not to have a viable B plan. With Cristiano Ronaldo and half the Portuguese squad unfit in Brazil (why were these players taken? Was it Paulo Bento choosing the team or do the agents choose the team in Portugal? What is the role of the people working in the Portuguese Football Federation?), the result was an early exit in the group stage (loss to Germany, draw with the USA and victory against Ghana), then the beginning of the UEFA 2016 campaign saw a spirited Albania take advantage of their only chance of the match, winning 1-0 in Aveiro, Portugal.

This spells the end of the Paulo Bento era in charge of Portugal's national team. An honest, humble and frontal, hard-working football professional, there is no doubt that Paulo Bento delivers himself 100 per cent to a project. The question remains, in Portugal, to what extent the team coach's hands are tied by interfering from the Football Association and the lobbies which surround the thing described today as a "football agent".

The lesson is that today in a world of the globalization of knowledge and access to training techniques, in a game where if you can pass the ball and shoot at goal, then park the bus and block access to your own goal area, not even Cristiano Ronaldo can make a difference. All you need is eleven players who will give their all for 90 minutes, eat the grass if necessary, wear their shirt with pride and do the job professionally, then no team bedecked with overpaid and spoilt prima-donnas, some of them looking like they crawled out of the nearest lunatic asylum with Mohican haircuts, tattoos festooned down both arms and God alone knows where else, ear-rings and probably golden studs in hidden places, can shine.

Today Portugal needs more of the former, none of the latter and a team devoid of outside influences. Felipe Scolari did the job from 2004 to 2008. Is it in Portugal that he can resurrect his career after Brazil's third-place playoff in FIFA 2014? Or will Fernando Santos come from Greece (where he did a considerable job) and try his hand in his national team?