Groups A and B

We present all the games, standings, match reports and goal scorers so far in the FIFA 2014 World Cup in Brazil, along with scenarios for Groups A and B, which have both completed two rounds of games. Three teams are already out of the competition, one of which is plucky Australia, whose Cahill may have scored the goal of the tournament. 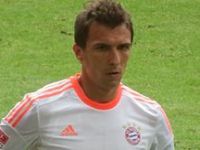 Group A: Second round

Croatia started well, in a first half which was balanced. Both teams managed seven shots (Croatia had 4 on target to Cameroon's nil) Cameroon had 2 corners to Croatia's 3... Croatia scored...and Cameroon had a player sent off (Alexandre Song).In the second half, Croatia turned on the pressure, scored three more goals...and Cameroon is out of the World Cup.

Cameroon can say that they could have come away from this match with a point, and this is backed up by the match statistics: 10 shots for Cameroon, 4 on target, against nine shots from Mexico, 5 on. Cameroon had five corners to the Aztecs' two. Mexico, however, had two goals ruled out before Cameroon had a chance right at the end of the game when Ochoa somehow managed to save Benjamin Moukandjo's header in the top left corner of the goal.

Hrvatska! This was the first roar the Arena Corinthians Stadium heard this evening as the 2014 FIFA World Cup kicked off with the Group A game between hosts Brazil and Croatia, when after ten minutes Marcelo poked a loose ball into his own net, the sequence of a Croatia counter-attack from Brazil's first corner of five on nine minutes.

Brazil kept pressing, despite the setback and after 29 minutes, the amazing Neymar equalized, three minutes after getting a yellow card for elbowing. His left-footed shot rebounded off the woodwork, leaving Croatia's solid keeper, Pletikosa, beaten.

In the second half, Neymar (penalty) and Oscar added two more goals for Brazil on 71 and 90 minutes, the last coming seconds after Brazilian goalkeeper Julio Cesar made a crucial save.

Croatia will certainly prove a difficult opponent for Cameroon and Mexico in the same group but can hardly complain about this result, such was the dominance of Brazil's attacking display.

Group A After two games

Own goals: Marcelo 1 Brazil (for Croatia)

Group B After 2 games

Spain's Vicente del Bosque and his tiki-taka pupils had no answer for Chile today. The result is two games, seven goals against, one for (penalty), and an early exit from the World Cup. Spain has some serious introspection to do and one good idea would be to contract Portugal's José Mourinho to coach the side to their former glory. This would begin by retiring Iker Casillas.

Australia had a fantastic first half, playing as equals with the Netherlands and blocking the Dutch midfield. It was the Netherlands however that opened the score when Robben latched on to a ball that was intercepted from the left, ran from the halfway line and fired with his left foot to the left of the keeper.

Australia's reaction was as immediate as it was amazing. Cahill made contact with his left foot, volleying home a cross from the right near the half-way line leaving Cillesen no chance. On 30' and 31' Bresciano and Spiranovic could have put Australia ahead with good chances but the first half ended badly, with Bruno Martins (Netherlands) behind stretchered off after a foul from Cahill, which earns him a one-match band for round 3.

In the second half, Australia went ahead, through a penalty from Jedinak on 54' but the Netherlands came back, with an equalizer from Van Persie on 58' and the winner, ten minutes later (Depay). Australia has lost two games but leaves a very positive impression for the future after this game, which it was unlucky to lose.

For the Netherlands, 2 games, 6 points, 8 goals scored... what more could one ask for? Is this the Year of the Orange?

The Netherlands has the first candidate for the goal of the tournament: Van Persie's equalizing header from the middle of the area, following an inch-perfect pass from the left (Daley Blind). Spain had edged ahead, through a penalty (Xabi Alonso) after Diego Costa was brought down in the area by de Vrij, after a wonderful move from Iniesta, David Silva and Xavi Alonso.

After the break, an avalanche buried Spain and their tiki-taka short-passing game (Brazil had already shown how to play against this system in the Confederations Cup, which they won 3-0. The answer is the application of the WM formation, massing the midfield).

The second Dutch goal came on 52'. Arjen Robben shot past Casillas in the centre of the area (assist from Daley Blind) after holding the ball, skipping past two defenders and finding a shooting position. Goal 3 came after a foul by Robben on Casillas and shines a light on what the media has started calling bad refereeing (dubiously, because Brazil's penalty was legitimate, and Cameroon gave Mexico a scare). De Vrij converted the goal from a set piece.

After this, Spain pressed and the Netherlands acted like poisoned arrows in a classic counter-attack game. On 72', Casillas went out of his goal to counter Van Persie, who controlled the ball, skipped past the fallen keeper and rifled the shot between two desperate Spanish defenders. Spain's miserable night was compounded on 80', when Arjen Robben fired his shot past Casillas' left hand into the right-hand corner of the goal, after a perfect assist from Wesley Sneijder.

There aren't any. Australia and Spain are out of the World Cup. Netherlands and Chile will play against either Brazil, Mexico or Croatia.

Colombia got off to the best start possible, putting the ball away on 5 minutes, when Armero shot through a crowded area, blinding Greek goalkeeper Karnezis to the shot. When he saw it, it was in his net. 1-0 to Colombia, which then sat back and gave possession to Greece.

On 6', Kone shot just wide, Torosidis headed just wide on 28', two corners ensued on 34' and 39' and on 44', Kone forced Ospina to make a great save, conceding another corner.

However, after 45 minutes, the score remained at 1-0 to Colombia. After the break, James Rodriguez tested Karnezis. Greece did noit take advantage of the ball possession, and things got worse after 58' when Gutiérrez fired home his shot after a corner. Greece's misery and ineffective attack, which made the team look as miserable as its coach, the Portuguese Fernando Santos looking on as if he was attending a tragedy, was compounded as the game ended, when James Rodríguez fired in the third.

Greece distributed the ball around the park but has to do far better in the remaining games.

Despite losing the match and despite the fact that Italy looked like a team of men playing against boys, a team which if necessary would put another ball in the net, there can be no doubt that the experience and intelligence of team coach Roy Hodgson has taken England to another dimension.

It is a pity for England that key players, such as Wayne Rooney, despite being an excellent supporting strike force, whose passing and vision is second to none when he is on form, fail to put the ball away in situations which would see any boy in any park celebrate a goal. This underlines the notion that football players can systematically fail to display what would be basic skills in any other profession and yet still keep their jobs, the notion that football players can commit massive mistakes and go unpunished, when any executive, for ten times less, would lose his job.

For those who state that a footballer's lot is not an easy one, then when one takes into account that the players have been practicing their art daily since they were knee-high to a grasshopper, the argument falls flat.

That said, England showed too much skill and collective will to leave the competition in the group phase and should prove too hot to handle for the Group C rivals in the last 16. Hodgson seems to have booked his team's place in the last 8, together inevitably with Italy, Brazil, Netherlands, probably Croatia and Spain if they can pick themselves up and learn how to play tiki without taka.

It was Ecuador that scored the first goal against the run of play. Valencia, 22 minutes. Following a free kick from the left, the Swiss defence allowed three Ecuadorian players into the penalty area, outnumbering the defending team and Valencia fired home. 1-0. Switzerland had far more of the ball in the first half, but the result remained at the interval.

In the second half, Mehmedi scored the equalizer, heading into the goal in front of Domínguez, after a corner. Switzerland, well organized, soaked up attacks from Ecuador and had the ball in the net on 69', but it was clearly offside. However, Ecuador did enough to deserve the draw and Switzerland's winner (Seferovic, 90) seemed to be a little flattering for a good, organized European side, but equalled by Ecuador, 20 places below at 26 in the FIFA ranking, on the field.

A disaster for Portugal, not only in the result, but also in its magnitude and the trail the game leaves: injuries to Hugo Almeida and Fábio Coentrão, and possibly Patrício, the goalkeeper. What marked the game for Portugal, also, was the idiotic display of childishness by central defender Pepe, sent off for placing his head aggressively against Müller, who was sitting on the ground. Germany was far more effective and efficient, Ronaldo did not seem 100% match fit as he claimed, the choice of Paulo Bento for his squad is dubious in terms of fitness and one questions what is going on in the heart of the Portuguese management and medical teams.

However, Portugal has two games (USA and Ghana) to get it right.

If ever there was a snatched result, this was it. Ghana was all over the USA, but what matters is the result. The USA took their chances, Ghana arrived at the area, but the USA had already parked the bus in front of goal,so was reduced to long shots.