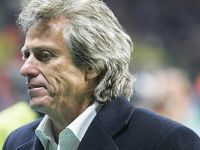 Aggregate: 3-3 Sevilla win on away goals

If one can sum up the expectations of Lisbon: how disappointing. The Lisbonians would have loved to support Chelsea FC (Mourinho) against Real Madrid (Cristiano Ronaldo) but it is not to be. Madrid is coming to Lisbon on May 24. Real thrashed Bayern in Germany, Atlético thrashed Chelsea in London. La Liga rules.

José Mourinho must be asking what he has to do to win the Champions League with Chelsea FC. Tonight's match was a nightmare, losing 1-3 at home to Atlético Madrid, firing 10 shots at goal on target (the same as Atlético), the fruit of a ball possession of 52% (against 48%) and 17 shots against 14. Chelsea had 5 shots blocked, against 3 but one against the woodwork, against 2 and 4 corners against 9.

At the end of the day, the Spanish La Liga has produced the best football this season, the Premiership second best, and so, two Spanish teams are in the final of the Champions League in Lisbon on May 24.

Real Madrid will play against rivals Atlético Madrid or Chelsea FC in Lisbon in the Champions League final on May 24, after thrashing Bayern Munich in Germany 4-0, making it a total of 5ive goals without reply over two legs. What has Guardiola done to his team which has gone way off the boil since winning the Bundesliga?