Soccer: Time for reinforcements - who is going where?

Will Wayne Rooney stay at Manchester United after the January transfer window opens? Who are Arsenal's targets, as the London club sets to reinforce its leadership? Why has FC Porto offered to increase the salary of Mangala? Which Real Madrid Galactico has hailed André Villas-Boas as a "great manager"? Nani for Turkey? 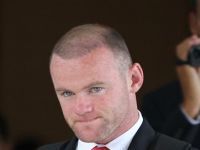 The January soccer transfer window looms but the managerial musical chairs is hotting up apace. Pepe Mel, sacked by Real Betis Balompié in Spain, may be set to join a premiership club... which means who is leaving? The tongues wagging claim it may be West Ham United's Sam Allardyce, but why? Tottenham's André Villas-Boas, who won all with FC Porto? Hardly, claims Gareth Bale, the new Galactico at Real Madrid, who after his first hat-trick has claimed that the Spurs boss is "great". Who said it's a bad deal to be sacked? Fulham have just paid Martin Jol nearly one million Euro in compensation

The tongues also have Wesley Sneijder, Galatasaray's midfield player, as a possible reinforcement for Manchester United, with Nani and Antonio Valencia outwardly bound. As for Wayne Rooney, his contract has only one season and a half to run and there is speculation as to the future venue to host the in-form England striker.

United, rivals Manchester City and Chelsea have been eyeing up the FC Porto France defencer Eliaquim Mangala, who has attracted so much interest that the Portuguese side has offered to raise his salary.

From Russia with hope, going to the Premiership may be Dinamo Moskva's winger Balazs Dzsudzsak, 26, to Fulham, where new coach Rene Meulensteen wishes to bolster his attack to provide ammunition for Bulgarian striker Dimitar Berbatov, who has only one league goal to his name so far this season.