Shakhter Karagandy shocked Celtic with a 2-0 win in Kazakhstan while Zenit went to Paços de Ferreira in Portugal chalking up what seems to be an insurmountable lead of 4-1, with Roman Shirokov scoring a hat-trick. In the other games, Plzen and Real Sociedad have the advantage while AC Milan took a point away from Eindhoven. 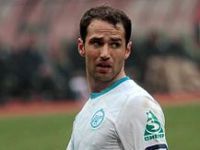 The Play-offs for the Champions League get under way with the return legs being played next week. The ten winners of these ten games will join the twenty-two automatic qualifiers in the group phase of 32 teams split into 8 groups of four teams.