Scolari effect: Brazil is back

Four games, four victories, eleven goals scored and twelve points is the tally from Brazil's first four matches in the Confederations Cup against Japan (3-0), Mexico (2-0) Italy (4-2) in Group A and Uruguay 2-1 in last night's first semi-final. 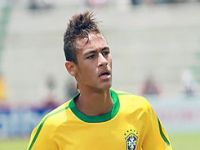 Uruguay pressed Brazil back in the opening quarter of an hour and the result was a Forlan penalty, which Julio Cesar saved. Uruguay would rue the missed chance. After this Brazil started to come more and more into the match with Hulk and Fred forging a dangerous partnership, breaking through Uruguay's massed midfield which stifled Brazilian initiatives at root. However, Brazil went into the interval 1-0 ahead, 42' goal from Fred.

Neymar chested down a long pass and shot; Muslera saved but Fred was waiting for the rebound.

Uruguay, predictably, came out after the break in fighting spirit and on 48' was level on 1-1, goal from Edinson Cavani who finally justified his transfer tag, intercepting a bad pass from Thiago Silva to Marcelo and thundering the ball into the back on the net. Uruguay came back into the game and end-to-end football ensued.

Brazil, however, raised the game after Scolari brought on local hero Bernard and the difference in a close game was the second goal. 86', Neymar corner, Paulinho headed in.

In Group B, Spain predictably appears as the main foe with wins over Uruguay (2-1), Tahiti (10-0) and Nigeria (3-0). The tiki-taka (Spain's short-passing game) is working...but only when Spain's players remember that to work, the passing has to be fast. Spain plays Italy tonight in the other semi-final.