Scolari is back and Brazil is back to playing some powerful, entertaining and skilful football. Back is the love of and pride in the shirt, back is the running off the ball, back are the goals and back are the victories. Between Brazil and the final stands the mighty little giant, Uruguay. 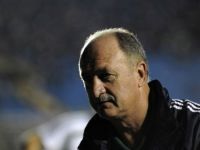 Three games, three victories, nine goals and nine points is the tally from Brazil's first three matches against Japan (3-0), Mexico (2-0) and Italy (4-2) in Group A. In Group B, Spain predictably appears as the main foe with wins over Uruguay (2-1), Tahiti (10-0) and Nigeria (3-0). The tiki-taka (Spain's short-passing game) is working...but only when Spain's players remember that to work, the passing has to be fast.

In the semi-finals, Brazil takes on Uruguay in Belo Horizonte on June 26 and Spain plays Italy in Fortaleza the following day. The games for first and third place are on June 30. If Brazil passes Uruguay (and we must not underestimate the fact that Washington Tabarez has done an excellent job with his team as indeed Scolari has done in his second term with Brazil) then everything indicates that Spain's tiki-taka will outwit a strong Italian side and provide a preview of next year's world cup final.

As team coaches study the excellent Spanish passing game and establish strategies to mass the midfield, closing the players down and trying to anticipate the pass with a close-knit WM formation, could it be that the days of tiki-taka football are numbered as Brazil steps onto the world stage, at home, to claim its sixth world crown?