The assault on the Premier League is on. André Villas-Boas, the Special Two manager of Tottenham Hotspur FC is a target for Paris Saint-Germain; Fernando Torres, the Chelsea FC striker, is in the sights of Barcelona. Gareth Bale, the Spurs ace, is attracting the attention of PSG and Real Madrid. Soccer madness begins. 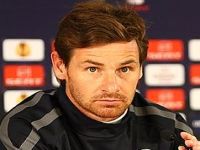 A lot of interaction between the Primera Liga (Spain) and the Premier League (England). Barcelona has expressed interest in Fernando Torres, the Chelsea FC striker; Real Madrid and Paris Saint-Germain are both vying for the services of Tottenham striker Gareth Bale (23 years old) and Manchester United is rumored to be tracking heir former Portuguese striker, Cristiano Ronaldo.

Between London and Manchester, a lot of gossip. Spurs is looking at Gareth Barry, Manchester City midfield player; Manchester United midfield player Nani is allegedly on his way out. Where to? London? United is linked to the Borussia Dortmund striker Robert Lewandowski, 24 years old.

Manchester United coach David Moyes is said to be close on the heels of Ezequiel Garay, the Benfica defender... and another player in the sights of the4 Premier League is the Uruguayan striker Edinson Cavani (Napoli), 26 years old... to Manchester City from Napoli?