Mourinho at Chelsea, Neymar at Barça

José Mourinho is confirmed in his second term as manager of Chelsea FC for a period of four years, while Brazil's Santos ace Neymar signs for Barcelona. Both say they are delighted and the new season already beckons, as the Special One promises to set the Premiership of fire, while Neymar is waiting to bring his magic to the stadiums of La Liga. 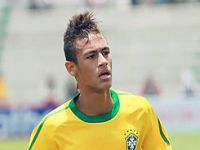 This time, Mourinho returns to Chelsea as manager on his own terms and these are said to be total control over hiring and firing players. On the immediate shopping list, according to the latest soccer banter, is Wesley Sneijder, 28, Galatasaray midfield general who has a close relationship with his former boss at Inter Milan. Other items on the list are FC Porto defender Eliaquim Mangala (22), Nemanja Matic (25), Benfica's midfielder and Manchester City striker Edin Dzeko (27).

Another FC Porto player seemingly set for the Premiership is the forward, Jackson Martinez (26). André Villas-Boas, Tottenham Hotspur manager, has shown interest. Another player Villas-Boas is eyeing up is barcelona's striker David Villa (31), who has also attracted the attention of Arsenal.

A loose cannon in the Premiership right now seems to be Manchester United striker Wayne Rooney, said to be "unsettled" again. The corridors have heard the words Chelsea and Arsenal. Or is this another ploy to up his salary again?

Henrikh Mkhitaryan (24), Armenia international midfield player, currently at Ukrainian side Shakhtar Donetsk, is in the sights of Liverpool FC.