José Mourinho gets off to his worst start to a season ever, but do not write him off just yet. La Liga is just beginning, Real have snatched the Spanish Super Cup from Barcelona already and Mourinho knows how to play against the Catalans. Eight points today, two tomorrow. La Liga is set for a massive season. 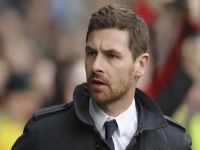 In the Premiership, Chelsea FC dropped the first points of the season with a goalless draw at the home of London rivals Queen's Park Rangers. Manchester United beat Wigan 4-0, Arsenal thrashed newly promoted Southampton 6-1 and Manchester City was held 1-1 at Stoke. André Villas-Boas saw Tottenham gain the points against Reading (3-1 away).

Barcelona - 4 victories from 4 games, the latest being a 4-1 win at Getafe. Malaga beat Levante 3-1, Mallorca was held by Osasuna in Pamplona 1-1 and Sevilla beat Real Madrid 1-0.

The top three Juventus, Napoli and Lazio all won their games, making it nine points apiece. Juve beat Genoa away, Napoli received and beat Parma, Lazio won at Chievo, all 3-1 and Sampdoria won 3-2 away at Pescara's stadium.

Olympique de Marseille 15 points from 5 games, two points ahead of Olympique Lyonnais with Lorient a further two points behind. Marseille beat Nancy 1-0 away; Lyon beat Ajaccio 2-0 and Lorient beat Rennes 2-1 away in a derby match.

In Portugal, Benfica and FC Porto lead with 7 points each from 3 games. CS Randurii Târgu Jiu has run out of steam in Romania after a great start, going down 4-0 in Ploiesti to Petrolul; Steaua Bucureşti is top after beating Iaşi away 3-0. In the Netherlands´, Twente has maximum points from 5 games, this week beating Willem II away 6-2. In the Ukraine, FC Shakhtar Donetsk has 27 points from 9 games (beating Zorya 3-0 away) while in Greece, Olympiacos sets the pace with three victories in three games, having won at Ioannina against Giannina, 2-1.