The London Olympics 2012 was a huge showcase event for world sport. Today the Paralympic Games begin, promising to be the biggest ever and providing once again a window of opportunity for those with handicaps and disabilities to show that those of us who preach inclusion as a key to development are right. 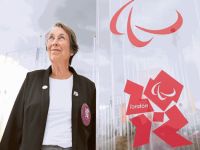 A German/British neuro-surgeon called Ludwig Guttmann introduced sport as a recovery vector for soldiers wounded in the second world war, at Stoke Mandeville hospital, in 1948. It was here that wheelchair basketball and archery from a wheelchair were born. Guttmann spent the next twelve years convincing the Olympic authorities to launch a Paralympics and the first Paralympic Games took place in Rome in 1960, with 400 athletes from 23 countries.

In London, 4,200 athletes from over 100 countries will compete in 20 modalities in fromt of nearly four billion spectators. They are called the Paralympians, heroes who overcame their injuries, disabilities or handicaps to show us that these are mere words.

Guttmann was born in Tost, (then Germany, now Poland) in 1899 and he began working on spinal injuries in Konihshutte in 1917, starting his medical studies in 1918, becoming a Doctor of Medicine at Freiburg University in 1924, starting his career at the Jewish Hospital of Breslau. Following Hitler's rise to power and the ensuing attacks on Jewish citizens, the family moved to the UK and settled in Oxford in 1939, becoming a naturalised British citizen in 1945.

He set up the Stoke Mandeville Hospital in Buckinghamshire in 1944, this being the National Spinal Injuries Centre and became its first Director. He used sport as a means to perform a holistic approach to recovery, including the hitherto unused vector of giving the patient some self-respect. The Stoke Mandeville Games were opened on July 28, 1948, the same day as the last London Olympics.

A visionary, the Paralympics today is the legacy of Guttmann, who was to receive a knighthood for his work.