Bayern Munich came away from Marseille with a very useful 2-0 away win, while AC Milan held Barcelona to a goalless draw, meaning that the return leg in Nou Camp will be alight. Milan predictably took charge of the game, however AC Milan had several chances, particularly in the first half and very nearly got an early strike. 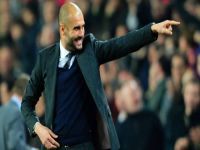 Kaká the magician, Kalou the party-pooper

Chelsea FC and Real Madrid had important away wins - probably decisive in Real's case, with a 3-0 victory at APOEL, carrying the Cypriot flag in the quarter-finals for the first time. For Chelsea FC, a 1-0 win at Benfica's Stadium of Light may create a false sense of security because the Red Devils have a sting in the tail away from home.

Chelsea FC played an intelligent game of football, doing just enough to score, not to concede and come away from Lisbon with an important away goal, meaning Benfica has to go to London to win. Benfica dominated for most of the match but at this level those who have a half-chance have to score. Coming away from a home game losing and then complaining does not make sense. Maybe someone should give the message to Benfica coach Jorge Jesus.

Nevertheless, Chelsea FC knows that Benfica is as dangerous away from home as in Lisbon. All eyes will be on Stamford Bridge on April 4, for this tie is not yet over.

Real Madrid came, saw and conquered, leaving APOEL a seemingly impossible task in the second leg in Madrid. It took José Mourinho's side three-quarters of an hour to unlock the defence of the Cypriot team and the key was a Brazilian named Kaká, who ten minutes after coming on (64') set up Benzema for the first goal and then scored another before Benzema got his brace. Chiotis made three excellent saves, denying Karim Benzema his hat-trick, and Ozil and Ronaldo their goals.

One does not want to be a spoilsport, but isn't a Real Madrid v. Barcelona final more and more inevitable?