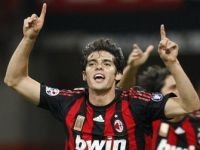 The European soccer transfer deadline comes into play tonight and the market has gone wild, as clubs try to shore up weakened defences and bolster feeble attacks - but have they not had all Summer to do that? Let us see some of the deals.

Arsenal, with a disastrous opening to the season (the last game was lost 8-2 to Manchester United) has been linked with Everton's Spanish midfield player Mikel Arteta. Chu Young-Park (Republic of Korea) joins Arsenal from Monaco.