Portuguese League near to pre-season 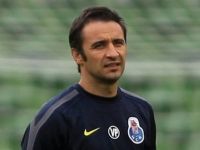 Sporting Clube de Portugal and FC Porto both have new coaches - Sporting's being the ex-FC Porto player and the one who took SC Braga to the Europa Cup final in 2010-2011, Domingos Paciência. FC Porto promotes Villas-Boas' Number Two, Vítor Pereira, from the same school as his predecessor and Mourinho.

The US central defender Oguchi Onyewu may join the Lisbon club, Sporting Clube de Portugal. Sporting is determined to get back on track winning trophies next season, its new club president Godinho Lopes saying there are several signings more to come in the following week, after having consulted with the new team coach Domingos Paciência, who took Sporting Clube de Braga to the final of the Europa League in the 2010-2011 season.

New FC Porto coach Vítor Pereira, who was deputy coach to André Villas-Boas and is from the same "school" as his predecessor and José Mourinho, has promised to keep the titles flowing and who can call his bluff, with the club President Jorge Nuno Pinto da Costa and the magnificent football management structure he has created behind him ? In 2010-2011, FC Porto won the Portuguese Super Cup, Portuguese Cup, Portuguese Championship undefeated and the Europa League. 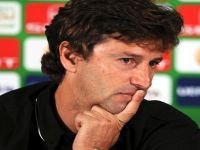 Pinto da Costa has won 54 senior Football titles since he took over at the club in 1982, apart from other senior titles in Handball (17), Basketball (26), Rink Hockey (57), Volleyball (4), Swimming (17), Athletics (1), Cycling (3), Billiards (66), Boxing (4), Weightlifting (2) making him the most successful sports executive in the history not only of football, but of sport in general. Who can rule FC Porto out of a stunning assault on next season's Champions League?