Villas-Boas is the Special Two 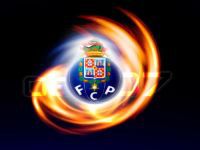 André Villas-Boas, the new Chelsea coach, who worked with the Special One José Mourinho at FC Porto, Chelsea and Inter Milan, was labelled "something special" by Sir Bobby Robson when he was manager of FC Porto.

Chelsea FC has just bought a second Mourinho, or rather, a first Mourinho. André Villas-Boas was the one who spied on the opponents of Chelsea FC when Mourinho was coach. His tremendous season at FC Porto in 2010-2011, in which he won four titles (the Portuguese Championship, undefeated, the Portuguese Super Cup, the Portuguese Cup and the UEFA Europa League) seems set to continue at Chelsea FC.

Seems, yes. However at FC Porto Villas-Boas worked with the machine crafted by President Jorge Nuno Pinto da Costa, who has managed the club since 1982, being the most successful sports manager in the history of soccer.

Meanwhile FC Porto have to build on last season and aim for the Champions League in 2011-2012. With or without Villas-Boas, the club is focused, it is determined and it is resolute.