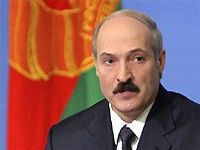 Once again sports may become hostage to politics. Chairman of European Parliament Jerzy Buzek with the support of fellow MPs called on the International Hockey Federation (IIHF) to move the World Hockey Championship in 2014 from Belarus to another country. The reason is purely political - dissatisfaction of MEPs with the policy of Alexander Lukashenko.

"For two decades, Belarus has been ruled by the brutal and undemocratic regime of Lukashenko. EU and the United States strongly condemn the actions of Lukashenko. This regime has arrested hundreds of peaceful demonstrators, including presidential candidates, the opposition leaders, journalists, civil society and ordinary citizens of Belarus. Ice Hockey Championship in 2014 cannot be held in Belarus in such terrible conditions," stated Buzek's letter.

According to the head of the European Parliament, hockey in Belarus will be played only after the release of the opposition from prison. Buzek urged the International Ice Hockey Federation to take appropriate measures so that Lukashenko does not receive international recognition and support that the country hosting the World Hockey Championship is endowed with until he frees all political prisoners.

Catherine Ashton, High Commissioner of the EU's foreign and security policy, expressed solidarity with Buzek. Speaking in the European Parliament, she stressed that Lukashenko does not leave any other option besides fighting him. Ashton said that Lukashenko forced upon the European Parliament the adoption of stricter sanctions against him and his country. She added that they must act against this regime, including president Lukashenko.

This means that the European Parliament would do anything to achieve its goals. In this case, the goal is to organize political flogging for the Belarus President for his harsh actions against the opposition rally on the night after the presidential election on December 19. Europeans clearly do not like the fact that some pro-Western candidates (especially Andrei Sannikov and Vladimir Nyaklyaeu) are under investigation and are facing such grave criminal charges as organization of mass disturbances.
Until now, to express their dissatisfaction with the actions of the Belarus leadership the European Union had used exclusively political tools. They included the ban on entering the EU territory for over 150 Belarus officials headed by Lukashenko and seizure of their bank accounts. These are significant measures, but they still have a targeted and limited effect. Ordinary Belarusians have no travel limitations for Europe.

However, Western politicians are accustomed to using sport in their political games. Most spectacular event was the boycott of the Olympics in 1980 in Moscow due to the introduction of Soviet troops in Afghanistan. There were also attempts to take the Olympic Games 2008 away from Beijing, a telling refusal of many European leaders to visit the Chinese capital. They explained it with harsh repression by the authorities of China of the rallies in Tibet in the spring of 2008

The 1992 Olympics in Barcelona, ​​European Football Championships the same year in Sweden and the FIFA World Cup 1994 in USA are also worth mentioning. Then the Federal Republic of Yugoslavia was excluded from these events due to the effects of the UN sanctions. They said that bad Slobodan Milosevic unleashed the war, and athletes should be responsible for everything. Incidentally, the Croats participated in the games in 1992. No one seemed to be bothered by the fact that their leader Franjo Tudjman was no less of a criminal than Milosevic.

There were also sports sanctions against South Africa when it was ruled by the apartheid regime (however, this was more through the initiative of the developing countries and socialist countries supporting them). The athletes were denied the opportunity to participate in the Olympics and World Cup. Incidentally, a large part of those deprived of the right to show themselves at the major arenas of the world's athletes were black. Who has suffered as a result of such a boycott?

Until now hockey and the Winter Olympics were not involved in political speculations. However, some tend to make up for this "omission". Georgia has made significant diplomatic efforts to deprive Russia of Sochi Olympics for alleged forcible seizure of Abkhazia and South Ossetia with subsequent recognition of these republics. While the Georgians did not succeed, the voices in support of the idea can be heard in the West.

Now it is Belarus's turn to be involved. The fact that Buzek was the initiator of the taking the hockey event away from the Belarusians is not surprising. When he served as the Prime Minister of Poland in 1997-200, he conducted openly anti-Russian and anti-Belarusian policy. Many in Poland have been unhappy with Lukashenko for a long time. He is blamed not only for his "undemocratic methods" but also his refusal to break ties with Russia like Yushchenko did in Ukraine in his time.

An independent Belarusian political analyst Dmitry Rodin commented on the attempts by European politicians to put pressure on the leadership of Belarus through the hockey for "Pravda.ru."

"Buzek's letter is not the first call to deprive Belarus of the right to host the World Hockey Championship. Prior to this similar opinions were heard in Europe, but now they have obviously intensified. Incidentally, the politicization of sport is not the only tool in the struggle with the leadership of Belarus. Recently Belarusian opposition decided to fight the "regime" with the assistance of the Colombian pop diva Shakira. She was to give a concert in Minsk, and the opposition leaders called on her not to give the performance so as not to "support the dictator."

It seems that now all means to block Belarus will do to create a "black aura" around it. However, this is unlikely to make an effect. IIHF World Championship is a major event, but it is not the Olympics. It would neither affect the Belarusian economy, nor the prestige of Belarus as a country. Rather, it will cast a shadow on those who attempt to use sport and culture in their own political interests. "