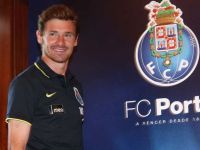 Whatever Villas-Boas said during the half-time break, it worked. This is the touch of magic which distinguishes a good coach from an excellent one, someone special. Trailing at half-time to a 45-minute goal from Villarreal's Cani, with FC Porto looking every bit the weaker side struggling against a well-organised opponent, the second half was a massacre.

In the other Europa League semi-final, two Portuguese teams fought for a place in the final in Dublin...against FC Porto. The three goals came within a ten-minute spell in the second half. Jardel fired Benfica ahead on 50', Braga's Vandinho equalised on 53' and Óscar Cardozo put the Lisbon side ahead on 59', meaning Benfica take the slightest possible lead to Braga's stadium for the second leg.