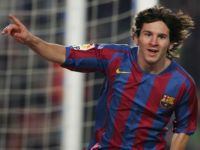 The goals came in the second half, both scored by Messi after 76' and 87', the fruit of increased pressure by the Catalan team: 11 shots against Real's 8 and a massive advantage in ball possession - 72% to 28%.

Pepe's sending off just after the hour did little to help the home team, although Mourinho had trained extensively with ten elements on the field. Messi's first came from a deft pass from Affelay, the second was pure magic - he skipped round four Madrid players to fire home.

Next week Real have it all to do, yet with José Mourinho as their coach, who would put it past them to score two quick goals at Nou Camp and make a match out of it?