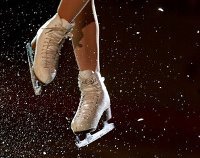 Moscow received the official right to host the 2011 World Figure Skating Championships relocated from Tokyo because of the mammoth earthquake and tsunami.

Valentin Piseyev, the general director of the Federation of Figure Skating of Russia, stated that Moscow was chosen to replace Tokyo as the host city for the figure skating championships this year, RIA Novosti reports.

The adequate press release published on the official website of the International Skating Union (ISU) said that the organization of such a large event during a very short period of time would require maximum efforts from the hosting state.

The ISU announced Monday that Japan had refused from the right to host the international figure skating championships in 2011 because of the aftermath of the devastating earthquake and tsunami which struck the country on March 11. The national federations willing to host the tournament were supposed to send official applications to the ISU before March 22.

The Federation of Figure Skating of Russia received support from Prime Minister Putin and submitted the official bid for the championship in Moscow.

The event will now take place at Moscow's Megasport Arena from April 24 to May 1.

The ISU picked Russia from five other countries: Finland, Canada, the USA, Croatia and Austria.

Moscow has already hosted the figure skating championships before. It took place in 2005.

Prime Minister Putin is certain that the championships will be held in Moscow on the top level.