From the beginning (June 11) to the end (July 11) of the FIFA 2010 World Cup finals in South Africa, the world came together in a fantasy of football (soccer), friendliness, goodwill, sportsmanship and love for our adversaries. It also scrutinised (South) Africa and made its judgement: It’s time for Africa. 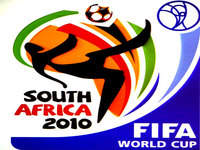 From Shakira’s wonderful opening ceremony performance, both on the stage and off (her charity work now projecting her to the status of a world champion of human rights) to the closing ceremony, South Africa 2010 proved to be a resounding success in terms of organization, in terms of efficiency.

Naturally, because anyone who knows anything, also knows that FIFA sends an army of officials right from the application process, this army growing by the minute until the end of the process. However, South Africa was up to it and proved that the media reports flying around the Net and the controlled press were no more than attempts to perpetuate the idea that Africa is a dark place with dark people who are prone to gloom and doom stories.

The fact that the international controlled media started off by ignoring The Good News which had been sent by South Africa’s news agencies for two years before the event was to be expected; the fact that they started the championship by focussing more on the odd theft by chambermaids and baggage handlers (where does this not happen?) than on the soccer was a further indication that Africa had once again been rubber-stamped as a failure and a source of wow! stories.

Gradually, however, the wow factor subsided and everyone concentrated not on Africa, but on football; not on the ethnic composition of the teams, but on the results; not on whether marauding groups of thugs were attacking foreign journalists (after all, how about the horrific scenes of football violence perpetrated by non-Africans elsewhere) but on who was putting the ball in the net.

And suddenly, we had a Championship. Suddenly, we had groups of young men from different continents having a party and playing together and enjoying the moment, enjoying the sport. Suddenly we had the vuvuzela (great, it was fun but please…understood?) and we had the Rainbow nation boldly mixing fans in the stadiums, just as South Africans are mixed up…

In the end, people concentrated on the soccer. Those of us, like myself, who had been vaccinated against the massification of stupidity through soccer before the World Cup, suddenly saw the passion and the goodwill on June 11, in two games. The first was South Africa v. Mexico, the second was France v. Uruguay.

In the first, the magic of young men from two continents playing against each other for the first time in a world cup final phase. In the second, the wonderful organization of Oscar Washington Tabarez’s Uruguay against the first of the tiring European teams.

Whether or not FIFA wishes to join other sports in using technology while its referees prove incapable of making reasonable decisions (such as the ball crossing the goal line) remains a question to be debated.

However, for me the fact that Diego Forlan has received the Best Player award gives Uruguay the consolation prize it deserves, if not the championship, while we hope that the group stays together to provide a very strong proposal for the third Championship in 2014. And the triumph of Latin football (Spain) vindicated the disgusting display of filthy and horrendous fouls by the team that committed most infractions during the competition, Holland.