Portugal (FIFA ranking #3) had a great day against the Democratic People’s Republic of Korea (#105), scoring seven goals, sending Portugal into a frenzy after a lacklustre performance against Ivory Coast, whose hatchet men tried to take out half the Brazilian team yesterday in a horrendous display of dreadful sportsmanship. Congratulations Portugal; congratulations to DPRK too! 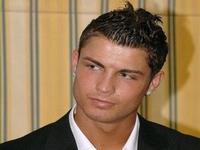 The DPR Korea is now eliminated from the championship, whatever the result against hatchet-man team Ivory Coast, whose horrific fouls against Brazil’s players on Sunday lost this team whatever sympathy it had with thousands of foreign soccer fans: players who try to break the legs of colleagues are beneath contempt. However, congratulations, DPRK, for playing one game and a half (90 minutes against Brazil, FIFA #1 and 45 minutes against Portugal, FIFA #3) on equal terms – a respectable 2-1 defeat to Brazil and a 1-0 at the break against Portugal, when it could easily have been 1-1.

After this, DPRK collapsed, due to lack of experience, demotivation and demoralization after goal #3. The team became disorganised and for those of us who have played sport, it was one of those afternoons that you want to end as soon as possible. It happens and only those who are brave enough to compete experience this type of result. DPRK, whatever the result against Ivory Coast, thank you for a brave performance against vastly superior teams with your organized and courageous soccer. Your team will be remembered for many years to come! You have gained many friends/!

While a draw will see Uruguay and Mexico through, these games must be seen not only in the context of the three-game group phase but also the next round, where first in A meets second in B, second in A meets first in B.

Goal difference in Group A dictates that Uruguay and Mexico will be #1 and #2 (for France or South Africa to pass on 4 points, there would have to be a glut of goals in both matches), but pass against whom?