The officials responsible for training the Russian Olympic team for Vancouver will have to resign, said President Dmitry Medvedev at the meeting with the leaders of United Russia. 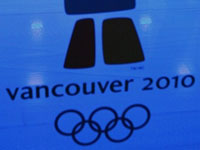 "Those who were responsible for training should be responsible now. Those responsible will have to have the courage to step down,” Itar-Tass quoted Medvedev as saying.

If they cannot resign, "we will help them", Medvedev added.

The President emphasized that Russia needs to make drastic changes to the training methods.

"We must drastically change the training of our athletes … We have been living on Soviet resources for a long time. But that is over now," Medvedev said, adding that the Soviet school should not be idealized either.

He stated that "Unprecedented investments are being made in sports in Russia. But money is not everything. We should think about changing the training methods. The new training system must focus on athletes rather than on fat cats." He also said that it was not the time right time yet to analyze the results of the Olympics.

Last year, the President signed a decree that made changes in the leadership of nearly two dozen sports federations. State officials were replaced by professional athletes.

Medvedev also said that Russia had to start preparing for Sochi. The first task was to create infrastructure. He called for putting emotions aside and starting moving towards the next Olympics.

Medvedev promised he would thank the few athletes who won medals at the Olympics and give them government awards. He intends to personally meet with the winners.

“The Vancouver Games are over. We closely followed the performance of our team,” he said. “If the Russians’ national idea is to be formulated as ‘being the first always and everywhere’, then the results in the overall team standing will look still more deplorable.”

Gryzlov stated that at the just-ended winter Olympics Russia performed even worse than in 1912, when it participated in Winter Olympics for the first time. In Vancouver, the Russian Olympic team was placed 11th in the overall team standing with only three gold medals, Pravda.Ru reports.

“This result is the lowest-ever. It is a systemic failure,” Gryzlov said.

He added that the United Russia party was ready to get to work right away to prepare for the Sochi Olympics of 2014.

Russia Today: “Those responsible have to resign” – Medvedev on Olympics