UEFA’s net profit from the recent Euro 2008 Football Championship in Austria and Switzerland made up 250 million euros. The money will be used to fund competitions and youths and women under the aegis of the Union of European Football Associations. The earnings will also be spent on special programs to raise the qualifications of coaches and referees. 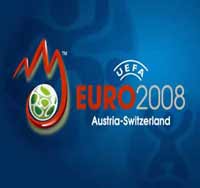 The above-mentioned profit doubled the earnings made during the 2004 European Football Championship, which took place in Portugal, RIA Novosti reports with reference to a source at UEFA.

The income from Euro 2008 made up 2.14 billion Swiss franks (1.34 billion euros). About 60 percent of the income was received from sales of broadcasting rights, 21 percent – from commercial rights sales, 12 percent – from the accommodation of participants and guests of the championship. Ticket sales made up only seven percent of the received income.

UEFA represents the national football associations of Europe, runs Europewide national and club competitions, and controls the prize money, regulations and media rights to those competitions. Several national football associations which are geographically in Asia or mostly in Asia belong to UEFA rather than the Asian Football Confederation (AFC). These nations are Armenia, Georgia, Kazakhstan, Turkey, Israel, Cyprus, Russia and Azerbaijan (Israel and Kazakhstan are former AFC members). Cyprus chose to be classed as a European football nation — it had the choice of Europe, Asia or Africa.

UEFA is one of the biggest of six continental confederations of FIFA. Of all the confederations, it is by far the strongest in terms of wealth and influence over the global game. Virtually all of the world's top players play in European leagues in part due to the salaries available from the world's wealthiest football clubs, particularly in England, Germany, Italy and Spain. Many of the world's strongest national sides are in UEFA. Of the 32 available spots in the 2006 FIFA World Cup, 14 were allocated to UEFA national teams, and currently 14 of the top 20 teams in the FIFA World Rankings are UEFA members.

UEFA was founded on June 15, 1954 in Basel, Switzerland following discussions between the French, Italian and Belgian FAs. The headquarters was in Paris until 1959 when the organization moved to Bern. Henri Delaunay was the first General Secretary and Ebbe Schwartz the president. Its administrative center since 1995 is in Nyon, Switzerland. It was initially made up of 25 national associations. Currently there are 53 associations (see the bottom of this page or List of UEFA national football teams).

UEFA, as a representative of the national associations, has had a number of bruising clashes with the European Commission. In the 1990s the issues of television rights and especially international transfers (the Bosman ruling) have had to undergo some major changes to remain in line with European law.