The Russian administration has canceled the visa entry for British fans arriving for the Champions League final in Moscow which is set to take place next week. 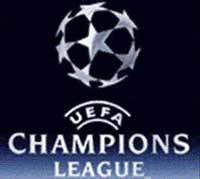 British officials expressed their gratitude to Russia for such a decision. “We are very grateful to President Dmitry Medvedev for easing the possibility for British football fans to come to the match in Moscow,” James Barbour, an official spokesman for the British Embassy said in a statement.

Britain in its turn canceled the visa registration fee for Russian fans coming to Manchester for the match between St. Petersburg’s Zenit and Glasgow Rangers (Scotland).

“This is a good example of cooperation of two countries in the sports field,” the diplomat said.

Dmitry Medvedev also signed an amended law Wednesday that will allow the suspension of visa regulations for other special events, such as the 2014 Winter Olympics.

The Champions League final next Wednesday in Moscow pits English teams Manchester United and Chelsea against each other at Moscow's Luzhniki stadium.

The tens of thousands of British fans attending the game will be allowed into Russia without visas as long as they can show tickets to the match, the AP said.

Russia has sought to position itself as a major venue for international sports events, but these initiatives have been shadowed by the country's laborious visa procedure.