Prostitution as an occupation has existed from time immemorial. Still, the issue of prostitution worries lots of our compatriots. Some of them commit themselves to fighting the social evil by means of legislation, works of art, or “street-smart” propaganda. Others would not mind gaining some hands-on experience of “love for sale” now and then. In the meantime, just a few people seem to be concerned about the history of prostitution, a long and interesting history featuring all sorts of people who were either in favor or against the practice of engaging in sexual acts for money. 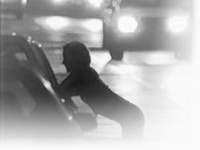 The so-called “fathers of the nation” have been trying to change the world since day one. The first documented attempt to improve the moral standards was made by the Athenian statesman Solon in 594 B.C. According to Plutarch, Solon became extremely concerned about “the state of sexual wildness” of the Athenians. Therefore, Solon took steps to instill the germs of morality in his citizens.

To address the issue, Solon acted in a rather traditional manner: he laid down the rules. He decreed that all women be divided into the chaste and unchaste ones. Women of the first category were banned from engaging in sexual activity for payment. By the same decree, husbands were to “have at least three sexual intercourses per month with their wives.” The second-class women (female slaves purchased by the state for the purpose) were ordered by the above statesman to render sexual services to clients in the state-controlled houses of prostitution.

Needless to say, revenues from the operation of the state-controlled houses of ill fame went directly to the state coffers. Solon reportedly made good use of the money – he built a temple in honor of Aphrodite, the Greek goddess of love. We should note that Solon had a marvelous sense of humor.

Despite the measures taken, the morals of the ancient Greeks did not improve as years went by. There were slaves of both sexes, concubines, and hetaerae (highly cultured courtesans). All of the above were available, if only for a fee.

Compared with Athens in Solon’s time, Rome was a citadel of democracy even in times of the empire. The Roman brothels were “privatized” i.e. run on a basis of private enterprise. One of the infamous Roman brothels or “lupanaria” (from the Latin word “lupa”, a harlot) was unearthed during the 1862 excavation of Pompeii.

It would be an exaggeration to describe the establishment as being sumptuously fitted up. It was a two-story building. The first floor had a superintendent’s office, a toilet, and five cells measuring 2 by 2 square meters each. Over the door of each cell there was a tablet with the name of the occupant and her price. The cell usually contained a cot of about 1.5 meter in length, and a lamp of bronze or, in the lower dens, of clay, because there were no windows in the Romans houses of prostitution. The houses were easily found by the stranger, as an appropriate emblem appeared over the door. The emblem of Priapus was generally a carved figure, in wood or stone, and was frequently painted to resemble nature more closely. The size ranged from a few inches in length to about two feet.

The cells on the second floor were a bit more spacious. They had separate outside doors, which were apparently designed for the benefit of wealthier clients.

The walls of the cells were adorned with pictorial descriptions of various sexual positions and assorted graffiti e.g. “Avl was here” or “Gaius banged Archedica three times” etc.

The Roman houses of ill fame opened their doors to the public at 3 p.m. The opening hour was fixed by law in order to keep the Roman youths away from the temptations of the flesh so that they might engage in more decent activities e.g. physical exercises and combat training until late afternoon. Besides, the authorities represented by audiles (officials in charge of public buildings, markets, games etc.) regularly conducted sanitary inspections of the brothels. The audiles also raided the houses of sin in order to catch the unregistered sexworkers. The latter procedure was especially important for the state treasury following the introduction a tax upon prostitutes by Gaius Caesar Caligula. One-eighth of a prostitute’s income was to be transferred to the state.

The ancient Greeks had no problems whatsoever regarding the morals of troops as long as their small armies fought one another across the plains of Hellas. Homosexual relationships were quite common in many Dorian areas. In the 4th century B.C. , Thebes saw the creation of the Sacred Band, a battalion of homosexual lovers. The gay warriors of Thebes earned a reputation of fearless and skillful soldiers. Only Alexander the Great managed to defeat them. At the time, the Macedonians were regarded as semi-barbarians who knew nothing about “the most refined varieties of sensual pleasure.”

Mercenaries were in great supply in ancient Greece circa the 5th century B.C. Scores of “soldiers of fortune” would render their services to whoever was ready to pay – the Greeks or Persians or any other employer. The majority of mercenaries were quite well-off, and therefore preferred to wage war in comfort. There were normally accompanied by scores of prostitutes.

The practice of satisfying one’s bodily wants in between the hostilities resumed in Europe 18 centuries later as landsknechts or mercenary foot soldiers took to the battlefields. The troops commanded by the Duke of Burgundy Charles the Brave laid siege to the city of Neice in 1474. About 4,000 prostitutes accompanied the army. However, the siege took longer than expected. The duke ordered prostitutes to take part in the building of fortifications around the city. The “female battalion” was even awarded a banner. The enemy formally surrendered to the duke one year later.

She is not a whore; she is in the employ of a brothel

Prostitutes in medieval Europe could also “settle” in the cities. Back then, strict rules applied to every part of the city life. A city listed brothels located within the city limits as its property. Alternatively, brothels could be owned by a parish or nearby abbey.

No one frowned upon this kind of double standards in the Middle Ages. On the contrary, the higher was the rank of a brothel’s owner, the better it was for a client in terms of the quality of services and security provided by the brothel.

Brothels were managed by a pander or a madam who were, in fact, on the payroll of the “city government.” Applicants for the position had to obtain a letter of recommendation from the city officials or the clergy.

The brothel regulations were passed by every European country in the 15th century to regulate the relations between the management, clients, and inmates of the houses of prostitution. Some of the documents have been preserved to modern times.

The Ulm Statute can still be used as a good foundation for drawing up a constitution of a small country. For instance, there were there locks on the coffer where funds of a brothel were kept.

Likewise, there were three keys to open those locks. One key was kept by a brothel-keeper, another one by a cashier, and the third one by a representative of the prostitutes.

Married men along with monks and Jews were banned from visiting brothels. The Catholic Church watched over “the morality” of the clients in its own peculiar way. For example, non-Christian women could not get a job in a brothel. Besides, a brothel-keeper was supposed to allow his inmates to go to church. There were special seats booked for prostitutes in a church building. Prostitutes listed Mary Magdalene and Mary of Egypt among their patron saints.

Throughout its long and eventful history, prostitution has survived numerous attempts made by lawmakers in different countries to ban it or legitimize it, nationalize it or privatize it etc. However, all the attempts seem to have come short of the target. Prostitution is still alive and kicking.