Terrorism as phenomenon originates from eternal conflict between Arabs and Jews

Terrorism is a terrible phenomenon that has become an inseparable part of reality during the recent years. News reports about terrorist blasts appear almost every day. It is generally believed that terrorism originated in the East. However, Russians were considered the most awful terrorists all over the world a century ago. 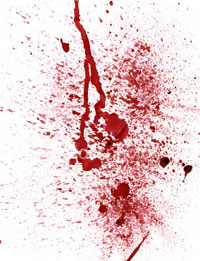 Terrorism as phenomenon originates from eternal conflict between Arabs and Jews

It may seem surprising but it was Jews, not Arabs, who were the first terrorists that acted in well-organized groups. In the 1st century of the Common Era the territory that we currently know as Israel was controlled by Romans, and some of the natives started a cruel fight against the occupants. They organized no acts of terrorism against the local population but rather preferred cruel political killings.

Locals called those people 'sikary' as they used short daggers known as 'sika' for committing killings. The killers hid their daggers under mackintoshes so that victims could not notice the weapon. Sikarys killed Romans and Jewish nobles who cooperated with Rome.

Arabs began to commit similar killings in the 11th century. The Moslem Shiite sect of Ismailites that was called 'assassins' was killing foreign caliphs in Syria. Old man Rashid ud-Din as-Sinan was the commander of the assassins. It was said that rulers could not evade his assassins who were trained to kill and had their will suppressed with drugs.

Like many of contemporary terrorists those assassins were not afraid of death and treated it as a gateway to paradise. Mongolian conquerors destroyed the shelter of terrorists in mountain castles in the 18th century.

The word 'terrorism' appeared during the French revolution when Robespierre declared terror against enemies of the revolution in 1793-1794. Mass public executions of his ideological enemies were the main mechanism of that terror. Robespierre said that terror included justice, tough adequacy and inevitability of retribution. It took the authorities a very short period of time to execute thousands of people. But quite soon the creator of the terror had an opportunity to experience the power of terror himself. Robespierre was beheaded with guillotine.

But one should mind that political terror is not the same that terrorism.

In the 1820s, Italy was not an independent state. Local mafia and champions of independence joined their efforts to struggle against minor monarchical regimes employing absolutely terrorist methods. They were killing jailers, policemen, influential officials and seized control over prisons to liberate their associates.

Soon the idea of killing rulers got widely spread in other countries. Assassins committed seven attempts at the life of King Louis Philippe of France. One of them committed in 1835 claimed the lives of 18 people and left 22 wounded

No matter how terrible the killings of European terrorists of the past centuries were, Russian terrorists were particularly cruel. Inspired with the example set by France and Italy, Russian anarchists also launched a campaign against autocracy. Emperor Alexander II was the key target of terrorists and experienced eight attacks at his life. On March 1, 1881 terrorists realized their goal. A terrorist threw a bomb on the road in front of the emperor’s coach; several passers-by and Cossacks of the tsar were killed. When the emperor got out of his coach safe and sound to view the crime scene another bomb exploded right before him and mutilated his body.

This is incredible but the educated Russian society of that time was rather benevolent towards terrorists. Many of them disapproved of the cruelty of their methods but basically considered bombers honest and noble people who wanted to change the life in Russia for the better.

In 1878, the Jury acquitted Vera Zasulich, 38, who attempted to shoot the mayor of St.Peteresburg for his order to flog imprisoned revolutionary Bogolyubov. Her attempt was a failure.

The period when Alexander III was in power is known for his strict regime when terrorists had no opportunity to rampage. But when Nikolay II took his place the revolutionary terror grew even stronger. Within the period from October 1905 and till the end of 1907, revolutionary terrorists killed and mutilated 4,500 state officials, killed 2,180 and wounded 2,350 citizens. During 1907, terrorists liquidated 18 people on average every day. It was just after 1910 that the surge of terror began to fade.

Basically, Bolsheviks with the leader Vladimir Lenin at the head did not see terrorism as an instrument to fight with autocracy. However, Bolsheviksoftenresorted toterrorist plundering (they called them expropriations) for revolutionary needs.

After the October revolution in the Soviet Union enemies of Bolsheviks also employed terrorist methods to struggle against the new regime. Soon it turned out that systematic red terror was quite effective in neutralizing small bombers. The new regime believed that if it executed its potential enemies there would be no more bombers.

No acts of terrorism were registered in the Soviet Union for a very long period of time. In 1969, an insane officer attempted to shoot Soviet leader Leonid Brezhnev with a pistol. In 1977, a bomb made of a stewing-pan and an alarm-clock blew up in a span between two underground stations claiming the lives of six people. The authorities started an investigation of the crime and executed three Armenian nationalists who were determined as the organizers of the explosion. After that, the country had a really quiet period until the 1990s.

As for the rest of the world, the terrorism situation was not that quiet. Some of the Ku-Klx-Klan organized a series of acts of terrorism in America before WWII. When the war ended, a new wave of terrorism rose when people’s lives were little valued.

Terrorists preferred a different tactics and often organized mass killing of ordinary citizens instead of liquidating leaders and ministers to attain their political goals. Basques in Spain and Irishmen in Great Britain employed terrorist methods to strive for independence.

The Arab terrorism as we know it now emerged in the late 1950s. At that time, the FATAH terrorist organization (the movement for national liberation of Palestine) was founded in Egypt. The organization aimed at liquidation of Israel and forming a Palestinian state. The terrorist associations Hamas, Islamic Jihad and others are FATH successors.

The world radically changed after the 9/11 terrorist attack.

Several days ago, US President George W. Bush announced that anti-terrorist struggle would be the key confrontation of the 21st century for the West. It is highly likely that the American president is quite right, and the most sweeping and the bloodiest terrorist attacks are still to come.

Earlier terrorism was believed an absolutely male prerogative. People’s opinion changed after female suicide bombers appeared. In fact, even before woman terrorists committed their evil crimes history knew other brave women who resorted to terrorist methods in the previous centuries.

In Russia, Sofja Perovskaya (1853-1881) was the first woman organizer of terrorist actions. She took an active part in preparation of three attempts at Tsar Alexander II. When the last attempt was a success, Perovskaya was arrested and sentenced to executing by hanging. Fanny Kaplan (1887-1919) was the first female terrorist who committed an attempt at head of state. The woman was born to a well-off family but joined anarchists in her young age. She spent many years imprisoned and was almost blind when released. Kaplan committed an attempt at Soviet leader Lenin and seriously wounded him. The terrorist was executed by shooting. Ulrike Meinhof (1934-1976) belonged to the family of a University professor in Germany. She was the founder and a longstanding leader of the German Red Army. The organization robbed banks, took hostages, committed killing and attacked US army bases located in Germany. In 1974, Meinhof was arrested and sentenced to long imprisonment. In 1976, the woman committed suicide in prison. American Patty Herst was born in San Francisco in 1954. In 1968 the girl was kidnapped by the left-wing radical terrorist group Symbionese Liberation Army. The kidnapped wanted to exchange her for earlier arrested members of the group. But quite strangely the girl changed her hostage status for membership in the organization. Together with Patty Herst, the terrorist organization committed several acts of terrorism including bomb explosions. The FBI identified the headquarters of the terrorist group and raided them in 1974. Herst was arrested and sentenced to seven years of imprisonment. When released, the woman married a former policeman, gave birth to two children and wrote several books. Shnaz Amuri (known also as Waffa Idris) (1980-2002) was a Palestinian student who became the most well-known modern terrorist as she was the first woman in the world who acted as a suicide bomber. January 29, 2002 the girl blew up a bomb attached to her body killing one man and leaving about 150 people wounded in Jerusalem.