Going in for sports can enhance men’s sex drive, according to a recent study by Western experts. The experts carried out a research into the behavior of soldiers engaged in physical training. Men who are no strangers to exercising become more masculine, and therefore they look and feel sexier. It is a fact that has been known for ages. 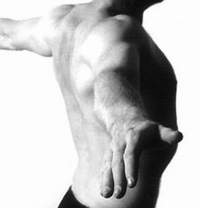 On the other hand, too much of a physical exercise leads to exhaustion. The man has no desire whatsoever after going through a bout of strenuous exercise. So where is that fine line between the benefits and side effects of sports? The study shows that men who are engaged in daily athletic activities e.g. professional athletes are likely to lose interest in sex a lot faster than men who practice sports less frequently. However, men who steer clear of sports and spend lots of time behind the desk are not great lovers either.

Doing sports at least three times a week is believed to be an ideal schedule for those who concerned about their sex urge. According to the findings of the study, a couple of visits to a gym can give a boost to the level of sex hormones. The researchers involved in the study arrived at rather unexpected conclusions. As it turned out, young soldiers develop increased levels of sex hormones while going through vigorous physical training in a boot camp. Soldiers are required to do various forms of physical conditioning at an early stage of their service. Soldiers do as told and their sex drive goes up in the process. Consequently, sex becomes a much bigger concern for them than a drill or combat training. Most young soldiers belong to an age group ranging 18 to 20; the age is traditionally associated with hypersexuality. All the attempts aimed at curtailing soldiers’ excessive interest in sex usually end in failure. Servicemen get stressed out; they go AWOL and contract various sexually transmitted diseases.

The researchers believe that an increased amount of intellectual activities e.g. work at the computer or reading can drastically reduce soldiers’ concern with sex. Thus trained, soldiers would pay more attention to their regular duties during service.

The findings could come in handy for the U.S. Army recruiters who are going to drop the level of physical requirements applicable to new soldiers. A number of studies commissioned by the Pentagon gathered solid evidence to prove that the physical requirements effective for the Army recruits in the 1940s and 1950s were too much for those who join the Army these days. In the past, the majority of recruits came from America’s rural areas, they were the farmers’ offspring known for their robust health and stamina. Today’s recruits are largely born and raised in the urban areas; they are weaker than their fathers, they cannot perform a required number of chin-ups or push-ups while taking an enlistment physical test. Besides, the modern recruits become more susceptible to stress once they start exercising on a regular basis after joining the Army – their girlfriends are out of reach while their sex hormones work steadily overtime. To tackle the problem of the oversexed soldiers, the U.S. military is likely to adopt new physical training programs for the recruits beginning this year. The new training requirements have been designed to tailor for frail health of the male recruits without raising their sex hormones levels too high. Besides, an increasingly larger number of women sign up for military service these days. Those women have completely different problems to resolve.