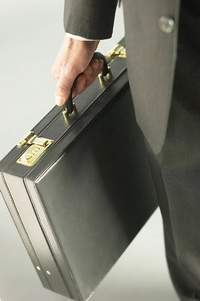 Respondents are inclined to see positions of governmental bureaucrats, ministers, and deputies in the State Duma as being more lucrative than prestigious (12% to 8%). Russians regard highly a somewhat vague and composite position of a director or a manager regardless of occupation. Managerial positions are believed to be prestigious by 17% of the respondents while 13% believe that managers make good money. The public do not regard the Russian show business as lucrative or prestigious. Just a small percentage of the polled (4% and 6%) take opposing viewpoint.

Speaking to Vremya Novostei, Alexei Grazhdankin, deputy director of the Levada Center, said that the latest opinion poll had had no prefab definitions to choose from and therefore the respondents had come up with occupations in accordance with their own ideas. That is why the final list has a number of occupations which will never be included in the official lists of the Russian Ministry of Education. “The poll shows that 14% of the respondents believe that being a thief or a swindler is a full-blown occupation in this country,” said Mr. Grazhdankin.

There is one more interesting thing about the latest opinion poll, according to Mr. Grazhdankin. The respondents singled out only doctors among those who have a prestigious occupation that does not pay so well at the same time. “The remaining three most numerous groups in terms of occupation i.e. engineers, teachers, and accountants – they were not mentioned at all in any capacity,” said Mr. Grazhdankin. According to him, this is a clear indication of plummeting standards of the Russian higher professional education.