Women misinterpret results of sexual revolution to their own detriment

As soon as humans found out that women also need to experience satisfaction in sex (articles), the history of human civilization took a serious turn. Psychologists, gynecologists and psychiatrists started writing numerous instructions, dissertations and many other works to provide a variety of recommendations to married and single individuals. 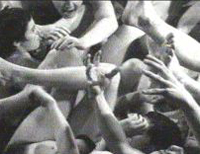 Women misinterpret results of sexual revolution to their own detriment

It was generally believed decades ago that lonely people, especially women, were supposed to take care of themselves without any assistance. It never occurred to anyone back then that single men and women also needed sex. There was no sex in the Soviet Union, as one woman said during a live TV broadcast between Phil Donahue and Vladimir Pozner. The word itself, sex, was of scarce use in the society too.

Needless to say that the sexual revolution of the 1960s and the 1970s pales in comparison with what we can witness nowadays. Nevertheless, the social perception of a woman as an object made to satisfy her husband and take care of him and his children was destroyed. As a rule, the majority of book about sex propagandized only a passive role for women. A woman was supposed to react to men’s actions and wishes, while the goal of a man was to arouse and satisfy his woman.

As long as sexual revolution was gathering pace and principal notions of sexual behavior were being thrown into the wastebasket, many men inwardly protested against any changes and continued living their conventional sex lives. If a woman failed to show proper reaction to her man’s initiatives in bed, she was considered a frigid female. Many women started buying up literature on sex techniques not to obtain such a shameful reputation. Their male partners also tried to follow hundreds of tips, but were soon bored with monotonous instructions.

A lot of women usually try to praise sex skills of their new lover saying typical phrases like “you are the best lover I have ever had.” The whole world of sex now belongs to woman. Men have changed their roles with women. Women can finally enjoy the absolute freedom in sex after hundreds of years of sexual hunger. Unfortunately, women do not know how to use the so-called girl power which they won in the battle of sexes.

Women need to learn how to listen to their own instincts not to make ‘typical women’s mistakes.’ Many females believe nowadays that their sexual satisfaction has become the prime goal of living. They forgot about their obligations, many became greedy, senseless and selfish individuals. Most importantly, a lot of women forgot the key rule of any type of relationship: one should learn to give to have a right to take. A real woman knows that sex is an action taken by two human beings (group sex doesn’t count) in which a woman can please, excite and satisfy her man and enjoy this role. Men are made to play the same role, albeit vice versa.

Many people think that sexual revolution has brought too much lust and perversion in modern society. On the other hand, a part of it has always been present in the world of humans. Mini skirts or decolette, which may often terrify people of older generations, do not display the essence of the sexual revolution. Different people have different reactions to the real world.

Also read: The Queen of Orgasm