Controversy over The Da Vinci Code, the film adaptation of the Dan Brown bestseller directed by Ron Howard, seems to be reaching the boiling point on the eve of the movie release in Russia. The Hollywood blockbuster (with the budget exceeding $130 million) has become quite a controversy even before its worldwide release. Murder is committed at the very beginning of both the movie and Dan Brown’s bestselling book. The victim lies under the picture of Mona Lisa with that enigmatic smile on her face. The police suspects Professor Robert Langdon played in the movie by the four-time Oscar winner Tom Hanks. 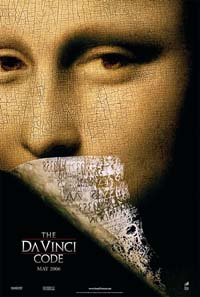 In the movie, Professor Langdon attempts to refute the suspicions with the help of the cryptologist Sophi Neveu (played by Audrey Tautou), a granddaughter of the victim. Together they try to prove that some religious organization is involved in murder.

The Oscar-winning director Ron Howard never denied that the movie might be a mind-blowing experience for the audience. “The subject The Da Vinci Code deals with is undoubtedly an explosive one. However, I am not keen to focus on the scandalous nature of the story. On the contrary, we are trying to find a way of cooperation with the Catholic Church. I just want to deliver this amazing story in a clear manner. The story’s controversy is intrinsic,” said Howard in an interview.

Despite the peacemaking efforts of the director, Christians all over the world could not but notice the blasphemous allegations of the authors of the work of fiction. The Catholic Church strongly objected to the release of the movie. Archbishop Angelo Amato, a leading prelate at the Vatican, called for a boycott of the movie and said the book has “slanderous content that perverts historical and theological concepts relating to Jesus Christ, Gospel, and the Church.”

Lately there have been several reports about a large-scale protest campaign being planned by Catholics against The Da Vinci Code movie in different countries.

“Apart from the above film, there have been a few attempts in the past to portray the life of Our Lord Jesus Christ in a way that contradicts Gospel and the Church tradition. The persistent desire to rewrite Gospel in particular and the story of Jesus’ life stems from the fact that some people are trying to legitimize their personal and social vices and delusions by ascribing them to Jesus Christ. Those people clearly aim to interpret the story as if He would consent to the vices and delusions.”

“The ‘version’ of the earthly life of Our Savior according to Dan Brown is nothing but a trite blasphemy. A ticket to a motion-picture theater doesn’t cost a lot of money.

However, we would be better off if we could spend that money on the medication for our parishioners or neighbors who need help. Some people probably need a mere two hours of human attention, an amount of time we were going to spend in the movies. Let’s not spend our precious time on poisonous matter, let’s spare it for the person who needs it most.”

“The author of the book has no historical arguments whatsoever. Debating about anything with the author is like holding a debate about a drug addict’s dream. That’s the way he paints a picture in his head. Experts have counted about 600 historical errors in that work of fiction, and therefore showing interest in such a cheap thrill would be a sign of stupidity.”