Pregnant woman gets rich by taking advice from her unborn baby

The 28-year old New York resident Linda McDemeter became rich within four months while on her maternity leave. She began buying stocks “at the advice” of her unborn baby who would kick like crazy in her uterus every time the market was about to turn bullish. 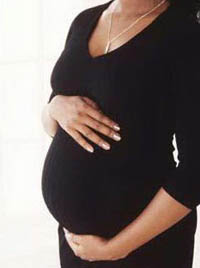 Pregnant woman gets rich by taking advice from her unborn baby

“One day I noticed that my child was getting more active as I looked through the stock-exchange quotations. At the beginning I thought my excitement was to blame for making the fetus too nervous,” said Mc Demeter.

Then the would-be mother bought a stethoscope for listening to her child’s heartbeat. And soon she discovered a secret that made her rich. The heart of her unborn child started beating faster as Linda was reading stock-exchange quotations in the newspapers. The fetus was kicking like crazy and its heart rate was racing twice as fast.

Later Linda felt her child going especially jerky as she examined the stocks of a particular petrochemical company. One day McDemeter decided to buy the shares of that company. According to her, her child was kicking within her belly frenetically the moment she made the decision to buy the shares. The price of the shares went skyrocketing on the following day. McDemeter made a handsome amount of money as a result.

“It looked very much like my child advising me to buy the right stock on the market. I decided to give it another try and see whether my guess was right. I started listening very carefully to the sounds made by the baby in my belly. I made huge profits every time I acted on its “tip-off.” So the child became my true adviser, and I made big money. I’ve no idea how my child does the trick. I don’t know if my child could retain his wonderful talent after coming to this world but I do know one thing. Thanks to him, my well-being improved dramatically so both of us will be able to pay the bills till the end of time,” said McMeter.

Georgi Dobroshev, head of a research center for parapsychology studies provides his comments on the above report:

“We conducted an experiment involving 1,500 children aged 3 years and older. During the experiment, the children were supposed to guess a symbol painted on a card in a pack of 25 cards having the same back. Every card had one symbol on it e.g. a cross, a star, a circle, and a square. The kids were told to guess the symbol on a card drawn at random. According to probability theory, an ordinary person may guess one card out of five. We found out that most kids were guessing three cards out of five! Alas, our further studies showed that clairvoyance in a child would normally vanish without a trace as he approached eight years of age. It’s still unclear why things happen this way.”