Brokeback Mountain fails to win Best Picture at the Oscars 2006 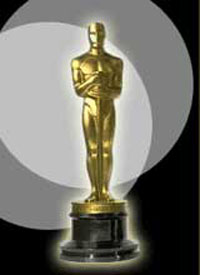 Brokeback Mountain fails to win Best Picture at the Oscars 2006

The 78th annual Academy Awards will be remembered as the Animal Farm Oscars. It was an event that decreed that four films were equal but one was more equal than the others. Judged on numbers alone, Brokeback Mountain, Crash, King Kong and Memoirs of a Geisha were the night's big winners - all crammed onto the victor's podium with three statues apiece, guardian.co.uk says.

Crash is a story of racial intolerance in Los Angeles, won the Academy Award for best picture and picked up two other Oscars in an upset victory over the favorite Brokeback Mountain.

Clooney, 44, won the best supporting actor award. He also is nominated this year in the director and original screenplay categories for Good Night, and Good Luck. Heading into the ceremony, Clooney was widely expected by Oscar watchers to be shut out of those two categories against favorites for movies such as Brokeback Mountain.

Appropriately, this was a year in which awards were spread out, with Crash and Brokeback Mountain winning three each. (Crash also won for original screenplay and editing.) And each acting award came from a different film, each representing that film's solo win.

The expected favorites won best actor and actress, both for playing real people. Philip Seymour Hoffman, winning for his portrayal of writer Truman Capote in Capote, used the award envelope to shade his eyes as he peered into the bright auditorium, looking for his mother, whom he singled out for thanks. Reese Witherspoon, who played singer June Carter in Walk the Line, also acknowledged her parents, and gracefully noted a signature phrase of her character's: "I'm just trying to matter", seattletimes.com says.

Crash director Paul Haggis, who turns 53 this week, has lived more than half his life in Los Angeles, where he moved after graduating from college in his native Canada.

Crash gave moviegoers a view of what Los Angeles residents may see from their cars. If they crashed into each other, that is, according to the script by Haggis and Bobby Moresco, which took the Oscar for best original screenplay. In Haggis' Los Angeles, people carefully construct isolated lives designed to keep distance from people.

"The movie is about our fear of strangers and the fact that we isolate ourselves now in modern society because we're more and more in fear of strangers," Haggis told "Talk of the Nation," a National Public Radio show, according to the ABC News.

The victory for Crash suggested Oscar voters were more comfortable with a tale that exploited the seamy underbelly of racial conflict in contemporary Los Angeles than with a heartbreaking tale of love between two married men, Reuters says.

By contrast, the ceremony generally combined playful humor and old-style Hollywood class. The gowns were elegant and unfussy, the acceptance speeches were from the heart - Witherspoon's dedication of her award to her grandmother was touchingly unstudied - and if Jon Stewart didn't hit all his comedic marks, the ''Daily Show" host successfully brought a touch of satiric lightness that deflated much of the evening's pomposity, boston.com reports.