Russian scientist invents camera to take pictures of ghosts and past

Russian geologist, specialist for geophysical devices Henry Silanov founded a photo studio, in which one can see the collection of 80 unusual photographs – aliens, paranormal activities, people from the past eras.

When a girl was packing a camping tent, Henry was preparing his camera to take a picture of her. The girl stood up and came up to the man. Henry clicked the camera. When the film was developed, they saw the girl on a shot bending over the tent. The picture depicted the girl several seconds prior to the moment, when the picture was actually taken. Henry Silanov photographed not the girl, but the informational trace she had left. It does not sound scientific at all – the experienced geologist is aware of that. He would never believe anyone saying a camera is capable of photographing moments, which were over before the moment of shooting. The scientist would never believe it, if he did not take tens of such photographs himself.

He took the first unusual picture in St.Petersburg's Hermitage. In one of the halls Silanov photographed the throne of Russian tsars. The developed picture depictured the face of Peter the Great, who used to sit on the throne indeed. Silanov started taking photographs of the past. The geologist has a picture of the thermos bottle photographed on the grass. The image of the bottle is slightly covered with vague outlines of a bucket, which was used to keep fresh milk in. The image of the bucket is invisible, but it inexplicably appears on a film. Another photograph shows an old tree broken with a storm. One can see the pale shade of the tree top above the fracture too.

Henry Silanov uses unconventional cameras to take photographs of the past. Object-glasses are usually covered with a thin layer of magnesium fluoride to filter the ultra-violet part of the spectrum. However, Silanov believes this is the exactly the frequency, which allows the film to fix 'the memory of the field.' The scientist uses this term, because there is no better definition for the time being. Henry Silanov thinks space is a huge hologram filled with information about everything that was ever placed or moved in it. Certain conditions make it possible to 'turn the memory of space on.' The memory is materialized in light quanta, which retrieve images of the past. Many years of his extended experience in photographing equipment became of great use in the new hobby.

Traditional optical devices do not let ultraviolet rays pass through. To make a unique object-glass Silanov uses tiniest grains of natural quartz, analyzing them on a spectrometer. Then he melts the grains for the glass, and polishes the lens manually. The film is also special: it is deprived of the gelatin layer, which filters ultraviolet rays.

Silanov took the majority of photographs in summer months, during his annual missions to anomalous zones of the Hopyor river. The scientist is the permanent leader of the public scientific expedition Hopyor. Every summer he leads a group of enthusiasts to the river-bed to study paranormal activities. There is a photograph of bushes, in which profiles of soldiers are seen standing out. The analysis determined the picture depicted Czech soldiers in 1943. The quartz object-glass captured a military unit, which was apparently deployed in the area during World War II.

Another photograph shows a man wearing ancient clothes. It is supposedly a Scythian man – they used to inhabit the region in ancient times. Soldiers in pointed helmets bring up the Golden Horde warriors. One can see ropes across the river next to the warriors – they were probably building a passage. Another photograph depicts a dinosaur, which was probably hunting in the region millions of years ago. 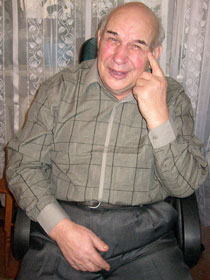 It is impossible to choose the period of time-photographs. The scientist does not know how to control his photo time-machine; he has not invented the time-switch yet. Silanov tried to use five cameras at once: all photographs differed from each other.

Many professional photographers analyzed Henry Silanov's pictures and found no technical flaws. Silanov learned from them he was not the only one to discover mysterious images on photographs.

The unique camera is capable of photographing dead people too. This phenomenon has its own story. American citizen William Mummler took the first picture of a ghost soon after the invention of photography. He took a picture of himself, but was shocked to discover the see-through image of his cousin Sarah, who had died in the same house 12 years before that. A girl could be seen on the picture wearing white clothes, standing next to Mummler.

Henry Silanov has his own collection of ghosts on film. The scientist believes they try to say they have not vanished, they live somewhere in a parallel world, watching over us. Henry is a skeptic person. He perfectly realizes a lot of people will never believe his theories, taking into consideration the fact they are all based on photographs. However, physicians will have to study 'the memory of the field' if other people's collections of unusual photograph present more evidence of its existence.