Why did Salvador Dali need goats? 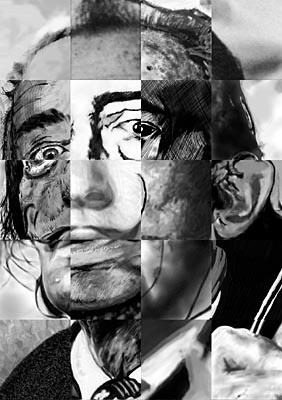 Brilliant Spanish artist Salvador Dali has earned a title of the most extravagant man of France.

In his recently published book entitled “Palaces of France, life and memoirs of the eccentric”, Pierre-Andre Elen tells the most unbelievable stories about the way many famous people behaved.

For instance, the author reveals rather intriguing nuances from the life of Salvador Dali in a famous Hotel Meurice situated in downtown Paris on Rivoli Street. Dali enjoyed residing at the hotel in the course of his long-term stay in the French capital.

Instead of checking in to a room, Dali needed to reserve the entire floor. The artist really enjoyed cruising the corridors on his bicycle.

In search of inspiration, Dali would demand and entire herd of goats to be delivered to the hotel. He would then shoot them with plastic bullets, reports ITAR-TASS.

Also, Dali liked to keep several buckets of tar on the balcony. He would soak mannequin heads in those buckets.

The artist also came up with a rather original way of leaving the hotel. He would throw new shiny coins under his car while exclaiming that he was riding on gold.