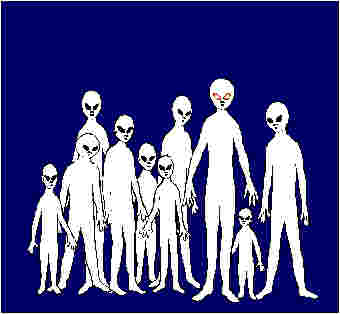 Half of the entire Chinese population believes in UFOs.

Hundreds of scientists and engineers conduct thorough studies of the unidentified phenomenon. According to Chinese ufologists, aliens live among humans. Ugologists also claim that recently aliens started to show more interest in China. Most recent UFO was spotted in Nanking, China.

According to a Chinese pilot, he noticed a flickering white and blue object, which hovered right beside the aircraft just as he was about to land. The pilot observed how an oval-shaped flying object was escorting the airplane. Then suddenly, the object made a rapid turn and disappeared behind the clouds.

This story could sound rather nonsensical. However, other two pilots from other Chinese aircrafts reported the exact same phenomenon to the control center. One of them was piloting at 120 km to the North, while the other was flying at 300km to the South, reports “Izvestia”.

A considerable amount of such strange encounters with “feidi” (this is how a UFO is referred to in China) has been recorded in China for the past few years. In some cases, people saw fluorescent orange light, above which hovered a rather strangely-shaped object. In other instances, people witnessed an object no bigger than a basket ball which had been divided in half right before their eyes. The two balls started circling the area and then disappeared completely. One time, people witnessed an object similar to a whipping top. Its trail was marked by a stripe of light. The object was also held responsible for shutting off electricity in several houses, since no malfunction had been reported at the electric power station.

One Chinese newspaper “South China Monitoring Post” reported the most fascinating case. One hundred Chinese witnessed a double-seated fighter-interceptor of the Chinese Air Force “playing cat-and-mouse” with a hypothetical UFO not far away from a military base in the town of Chinjou. A mushroom-shaped object with rotating brightly lit bottom was spotted by four radar stations. When approaching the interceptor (in about 4,000 meters), the object instantly moved upwards. None of the ground-based control services ordered to open fire.

“Izvestia” reports that China has a record number of special clubs of UFO lovers. There are many who attempt to establish some sort of a connection with the extraterrestrial. Their actions are protected by the National Society of the extraterrestrial studies, which was founded 25 years ago. The Society is financed by the government. Only professional scientists and engineers are allowed in the Society. A person also required to have PhD in science and have several published works about UFOs. About a third of all members of the society are also experienced members of the communist party.

One of Chinese most famous experts in ufology, 66-year-old Sun Shili, who is also a former diplomat and a translator of Mao Zedong, has told us about his first encounter with an unidentified object. It happened in 1971 during the “cultural revolution” when Sun Shili had been undergoing physical labor at a correctional facility high up in the mountains of the Tsyansi province. One day, while working in the rice fields, he spotted a strange object in the sky. He momentarily thought it was a real UFO.

Experts from the National Society claim that half of Chinese residents believe in such phenomenon. Sun Shili explains such interest in UFOs in China (every fifth UFO appears in this country) in the following way. He says that China appeals to aliens the most, due to the country's recent breakthroughs and its aspiration to become the world's leader.

Aliens used to be interested in the US up until recently. According to Sun Shili (and his opinion is shared by many in the National Society) some of the aliens live among us, by turning into humans.