From the Stone Age to XVII century 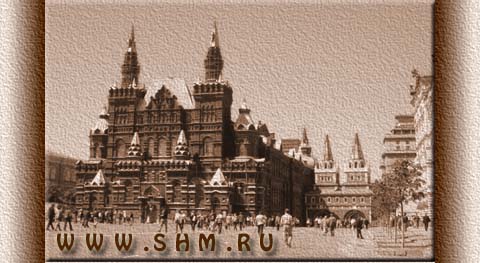 The reconstruction of the State Historicфд Museum which began in 1986, has been completed.
In particular, the Historicфд Museum renewed its basic exposition "From the Stone Age to XVII century". Interiors of the first floor where each hall has its own unique image of a certain period of Russian history, have been reconstructed. The restoration of the main exposition was conducted in several stages. In 1997, first eight halls having archeological exhibits for the period from the Stone Age to the formation of the ancient Russian state was opened. At the second stage of the reconstruction, in February 2003 halls 14 - 21 with the exhibits from  history of Russia in XV - XVII centuries were opened. On New Year's eve the last five halls were opened, and in this way the State Historic Museum completed its work on creating the first floor exposition. In the renewed halls the items related to the history of the ancient Russian state and Russian princedoms, Golden Horde and Grand Moscow Princedom are exhibited. One of the most amazing exhibits are famous Novgorod birch-bark letters. Their discovery 50 years ago completely changed the idea about the ancient Russian culture and introducing literacy. The rare copy of the first printed edition "Tale about Prince Igor's Regiment ", various arms of the ancient Russian army and steppe nomads, jewelry and other masterpieces of ancient craftsman are exhibited as well. The set of items related to the liberating from the Mongolian yoke and the period of Moscow gaining power is of interest as well. The attention of visitors will be attracted by the piece of the oak wall of the ancient Moscow Kremlin and the chain armor of the unknown Russian soldier found on Kulikovo field (the place where Russians defeated Mongols). Next to the ancient icons depicting Moscow Saints there is unique picture of Princes Vasily the Great and Vasily III who completed the formation of Moscow state. The picture has been brought from Arkhangelsk cathedral.