The Kena Upanishad: A Commentary.

The Kena Upanishad: A Commentary. 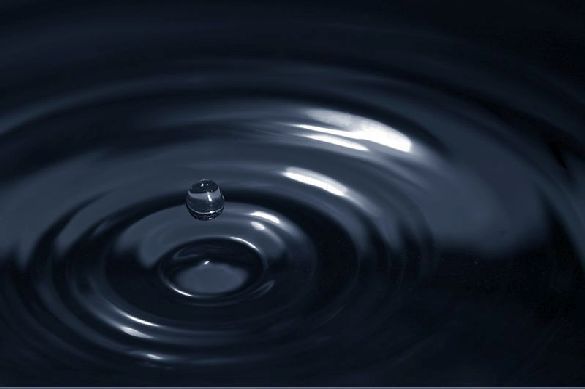 "That which cannot be perceived by the eye, but by which the eye is perceived-That alone know as Brahman and not that
which people here worship."
- Kena Upanishad

Just like the other Upanishads, the Kena Upanishad, also underlines the basic nature of that omnipotent force, that dwells within the collective and individual lives, yet, remains beyond the grasp of immediate perception, unless one tries to unify the illusory "immediate" vision of the world, with the vision of the "beyond."

The Kena Upanishad, right at the outset questions the reader, as to who is the One that prompts Life to the sensual enjoyment of it, immediately at its inception(?) How do the senses become empowered enough to enjoy the world around them(?)

Vision is lent to the eye

In fact, this power lends "vision" to the eye, sense of hearing to the ear, and voice to the throat....indeed, Life to Life itself, so that we may remain blissfully unaware of it, in its presence, but it becomes glaringly conspicuous in its absence. The eyes, ears, skin, throat and all the other senses signifying Life, all of them lie "dead", once this invisible power leaves them. The Kena Upanishad tells us that this power lies beyond vision, voice and what we call our "desire". It is beyond knowledge and yet not completely unknown, because even the most foolish of all on this Earth, do get to know about the presence of this power. In this sense, it is also beyond the "unknown"(!)

In a nutshell, it produces voice, but (It) no voice can reproduce; it gives rise to contemplation but no contemplation can think about it, in totality; That , which does not breathe through breath, yet, is the life breath of every breath...and therefore, we are exhorted to try and understand this basic essence of Life-instead of focusing our attention on this mundane world, which is ever inconstant and changing. It is "known" to those who are ignorant and always "unknown" to those who have the "wisdom" to gauge the supremacy of the benign power.

The way to know power

It clearly tells us, that the one way to know this power is through" getting back." This "getting back" is actually the "reversal of knowledge". It is veritably, the return from Knowledge to Innocence. Once the sense have tasted sensuality and understand its frivolousness, to return to an eternal state of self innocence....and to willingly stay in this state of renunciation is what leads to knowledge. Material understanding, according to the Ken Upanishad is ignorance. Real knowledge comes with the renunciation of material pleasures because they are not permanent. This leads us to an eternal life for the Self involved. This is basically the be all and end all of human life. One, who wastes his human existence over frivolous pursuits, can never reach anywhere...neither in Life, nor in Death.

The Kena Upanishad, further tells us that this knowledge can only be gained through an intelligence foisted upon the spiritual element within the self. Both the perceptible physical element, for example, fore and /or the imperceptible physical element, like the air, derive their power from this Supreme power. Both these superpowers are beyond it...and hence, it is only through intelligence that one can understand it. This spiritual intelligence is nothing, but renunciation.

The birth of duality

In the ultimate analysis, the understanding of the birth of duality in the Universe as in fire/air, summer/winter, or even the birth of diversity in creation, through this duality is the understanding of That, which lends its power, to every other power around us. The Upanishads address the Universe or the Creation or nature as the significator of divinity. It is the macrocosm, as it were, of that Superpower, whereas the human body is the microcosmic spiritual entity. The body has everything that the Universe has. The Upanishads do not only relate the soul with spirituality, but also the body, which houses the soul. In that sense also, the human body, is the signifier of the Universe or the Nature surrounding itself.

The Kena Upanishad stresses on the control over the body and mind. This control, being, the foundation of all our actions. It lays stress on the Philosophy of Science and the Science of Philosophy as the only way to reach out to the Supreme power. Most importantly, it says, that the foundation of this "reaching out", must be in the shape of concrete actions, that derives from the materials of control over the mind and the senses, and then, the ultimate knowledge will never elude us!