The Ish Upanishad: A Commentary The “Irreligious” Hinduism

The Ish Upanishad: A Commentary 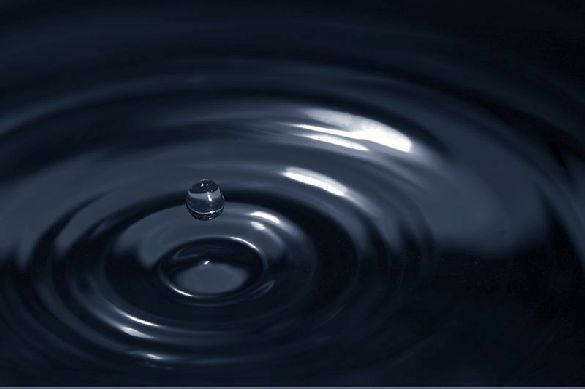 "(know that) all this, whatever moves in this moving world is enveloped by god. Therefore find your enjoyment in renunciation; do not covet what belongs to the others."

Contrary to the popular belief, Hinduism is not a religion.  The Dharma it is known to be, is not about saffron and idols. These are the mere dresses of what we choose to call Hinduism. The word Dharma itself means "Duty" and the call of human duty is the basic premise of Hinduism.  In the ultimate analysis, Hinduism is a way of life, to anybody who is ready to receive from what it offers...and the biggest value it offers, is to the human condition- ways out of the human condition, to be precise. It questions, the basics of Human existence and the nature of the world around it, underlining the transience of both, pinpointing the eternal essence of life: the Soul.

In as much as it deals with the "invisible" and /or the "metaphysical" world, it is often labeled as "unreal". Yet for somebody, who has the power or the interest to grasp the knowledge, which, the discipline has to offer, it becomes amply clear that just as the "realist" considers material reality as the penultimate, for the spiritual realist, this reality is made of, not this permanently changing world but of the permanently constant element-the Soul. In this, it is the Upanishads i.e. the Vedanta literally meaning , "the end of the Vedas" the give us the element of spiritual cosmopolitanism as it were, because though ancient, there is nothing as modern: though credited to Hinduism, nothing transcends religions, castes, creeds and gender as amply as this gift of knowledge called the Upanishads.

The Sanskrit word Upanishad means literally, "to sit near devotedly". This, itself brings to mind, the picture of a student gathering knowledge from his/her teacher. It also means "secret knowledge",, because the teacher can never be a guarantee to a successful student, unless the student is ready to receive and profit. And it is in this sense, that individualism is a highly prized quality, though the Ish Upanishad tells us that this individualism, must not translate into selfishness rather, it must expand into personal progress so that an individual can be an asset to the society he lives in.

The Ish Upanishad, like all the others, necessarily stresses the universal  element blazing underneath, the outer succession of events passing before our eyes. In this sense, it invites us to delve deeper and understand that the human life and progress is built essentially on acts of faith. The world around is in a perpetual state of motion and change. Each atom of this entire creation is throbbing with change. The Ish Upanishad asks us to question, as to who in the ultimate analysis, is the giver of this change!? The day we come to realize that it is someone beyond our Human self, will be the greater movement of change for us.....for, in that moment, we will gather, that this world does not belong to us....for it is that Supreme Power, which is residing in each part....micro and macro---of this world to whom we belong, as the rest of the creation. Once realized, we will never consider ourselves as the masters of our belongings but the trustees of the ownership handed over to us. This , precisely , gives rise to detachment...and detachment is one of the pre requisites of the freedom of the human soul from any sort of emotional bondage. It is one of the basic cornerstones of the Gita. Duty without attachment, offering every aspect of one's actions to the Almighty is what develops humility in the human soul!

The progress of the human soul, entails life for it and anything that is contrary to its progress is death to it. It is in this sense, that broadly speaking violence and untruth of any sort leads to demotivation and darkness of the human self. Renunciation (of negativity) is the path to a more enlightened self.

The Ish Upanishad extols the virtues of that unseen power, which pervades every single breath of existence. It cannot be captured by the senses and yet, is already throbbing in them. It does not move itself, yet is faster than the flight of imagination, because it itself lends power to such flights! It is only through the realization of the magnitude of this magic, that the human self can surrender its ego and be at one with the Supreme!

Ordinary human vision is prone to beholding diversity whereas an extraordinary vision easily sees that there is no such thing as difference....it is all One....all is unified. This material existence is subsumed into nature, which in turn, is absorbed into its creator...the Self or the Soul. This depth of observation rids the human self of both attachment and the grief, born thereof. For, attachment is the cause of grief.

The material nature around us

This material nature around us, throbs by the life given by the Universal Soul, and yet, the ignorant human soul extols the nature, ignoring the universal soul responsible for the nature's life. Similarly, the human body is alive only so long as it houses the soul, but the human beings hold the body as the ultimate reality and ignore the soul within. The Ish Upanishad clearly says, that the microcosm is the macrocosm , and vice versa. What is eternal is the Soul and not the body.  Only spiritual knowledge, can lend us an eternity to live, because the body is boundto perish. The material is immaterial, and though considered knowledge in the present day and world, it is the highest formof ignorance. Only and only, the knowledge of the spirit shall guide us forth...shall guide us to light!