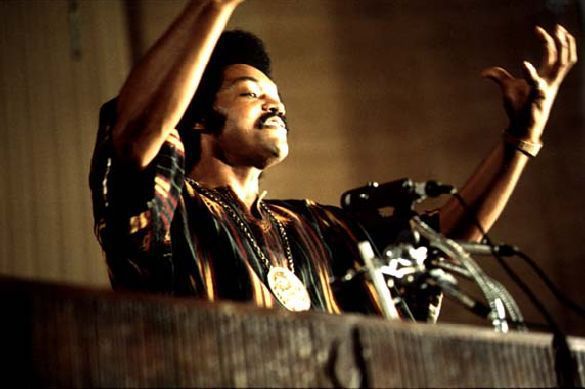 It was an especially hot day in August. New Yorkers were suffocating from the scorching asphalt that literally steamed, making the streets foggy and the city dwellers dress in skimpy outfits. At times, one could count shirtless men passing through the most fashionable 5th Avenue like it was a beach. The air was infused with the odor of sweat mixed with dog urine. It felt like the entire planet was perspiring profusely and the earth began progressively melting down.

Most folks stayed near the air conditioners or stores that provided short relief from unbearable sun.

And with my bad luck, I had an important lunch meeting in the early afternoon with my girlfriend's husband, an Italian diplomat in Russia. He arrived in New York for a scheduled conference at the United Nations in 1988, and he brought me a letter from his wife and a few of my favorite nostalgic Russian treats.

Getting back to the lunch, it was held for my convenience at the trendy former Trump Plaza Hotel, which was in my neighborhood, only a block away. I lived on Madison Avenue at that time and didn't mind walking in the heat, while being dressed bottom up, head to toe like I just left a fashion show. I wore a white silk blouse and an Italian gray linen suit, which I still have in my closet. After all these years, thankfully, it still fits.

Nothing spectacular happened during our lunch. My friend and I had a few glasses of white wine with oysters to cool off, since both of us were sweltering - he had a meeting at the United Nations headquarters right after lunch. I dressed up out of respect, knowing my host would be impeccable, as always.  The real action began as soon as we left the Trump Plaza.

My diplomat friend spotted a motley crowd, where in the center and standing tall was the first African American candidate on the ballot for the United States presidency. He pointed out the group to me, which I knew so little about, spending most of my time in Europe, where I lived in Lugano, Switzerland. I returned to the U.S. on my attorney's advice before I was sworn in as a newly American citizen in New York City.

After a light lunch, I blamed the wine that took over my head, making me tipsy and recklessly light-headed. My next adventure was to get in the action.

Despite my friend's pleas, I marched directly to the enticing group. I was determined to make a scene and I did it, not fearing for snipers or being arrested for trespassing and ignoring the security details!

Without any prelude, I approached Jesse Jackson with a friction of words such as (are you ready, my reader?) "I came here to shake your hand on the goodwill of Kremlin." I shamelessly uttered, then continued throwing words into my monologue - "Red Square, our African comrades, internationalism", you name it, I used my lexicon to provide assurance I was an Ambassador sent by Russia. "Our country believes you can be the best candidate to keep America aligned with Russia's aims. We are like a big fist, consolidated to make it an historic moment to nominate the first African American man to rectify the 400 years of dreadful slavery. You know, Russia has no racism, whatsoever, and built a University, named after Patrice Lumumba, viciously killed in 1961, age 35, executed by a firing squad in the Congo, being the First Prime Minister, but betrayed by his own people."

I didn't forget to remind an overwhelmed Jesse Jackson, that Russia is proud to have among their brilliant sons a genius writer and poet, Alexander Pushkin, of African lineage.

Angela Davis, an active member of the Communist Party in America, casually slipped off my tongue, as I was unwrapping another candy. The fact she was a notoriously radical, aligning herself with the Black Panthers, only increased my fervent articulation.

On my part it was a silly prank and nowadays I could have been killed for staging it. But I was a sharp dresser to suspect me with harming Jesse Jackson. I went there with my stretching hand towards him and beaming smile.  No harm was intended, just pure entertainment.

God knows what else I said. But Jesse's knees were suddenly locked as if he had a knee jerk and about to take a fall. His bodyguards caught him before he collapsed. Was it the weather or was he frightened to be associated with Kremlin? He had nothing else to come up with but introducing me to his crew; half of them were his bodyguards. I shook sweaty hands of maybe ten people, and after my grandiose appearance, I was ready to leave the crime scene.

I returned to the diplomat who stayed on the side and enjoyed my spontaneous performance. His car was waiting for us in the Plaza's underground garage.

As soon as I went down with him, I asked for a place I could wash my hands. Well, any garage even in the upscale place is not the cleanest place. But I was happy to soak my hands in the soap and clean them till my skin was crisp. The only time I recall it happened once again to me, was when Al Sharpton, before losing weight and wearing a suit and shoes you can see only in the movies involving mafia, came to my table out of nowhere in uptown Cipriani to shake my hand.

I got up and washed them immediately. Now it's a normal thing after COVID-19 washing your hands. Did I start that trend unconsciously or premeditated?

Do you think I can be an ambassador to bring unity between blacks and whites? I'm listening. Please speak up!

P.S. I hope this article will not bring new waves of Russian meddling in the U.S. elections. We all know, it was fake news after the Mueller investigation from 2017-2019 reached a dead end.

No doubt, our Attorney General will be sure to Barr the unforeseen...or would he be disbarred first as the Sword of Damocles is dangling over his head?

Once again, it was a foolish prank of a tipsy girl who still believes the world is a stage and we are the actors playing our parts!