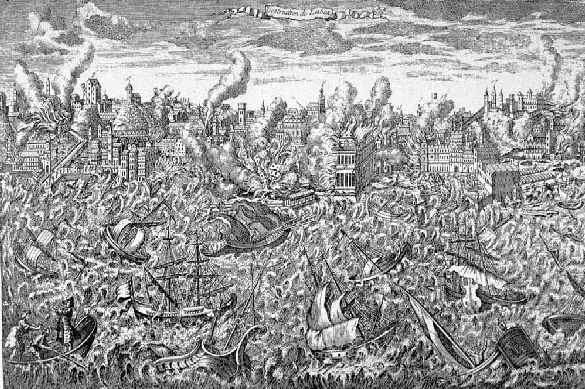 The sooner bosses get to grips with the workplace revolution, the easier it will be to bring economies and companies back from the brink

The lead paragraph reads like an essay title for high-school students. All it needs is the word "Discuss". So let's discuss it. The impact of Covid-19 has been negligible for a handful of people and has been a memorable life event for most of us. Some of us have lost close family members to it (myself included), others have had their income slashed or even reduced to zero, others have lost their livelihoods. Jobs have been cut, salaries reduced and people still have their bills to pay, despite temporary moratoriums.

Half the school year lost

Children have lost half an academic year, rendering the more vulnerable ones to a bleak future, a generation of Covid Kids who if they were not already struggling with academic syllabi which were not written for them decades ago, will start struggling now, will fall behind and will not catch up, under the current system.

How many kids have been unable to follow distance classes because they either do not have a computer at home, or a reliable internet connection, or a camera and a microphone? How many school programs have been adjusted to take into consideration what happened to the School Year 2019/20?

Once again, the poor bear the brunt

And here we have it. Once again, it is the poorest members of society who are the worst hit. They are less likely to have a computer at home, or a reliable Internet connection, or a camera and mike that work properly. They are more likely to belong to a household which is not socialized for the current education systems, which were written for fully functional and traditional families with reading material at home which is not last week's edition of a football magazine. They are more likely to belong to families in which there is no support for the child's academic progress.

Their parents are more likely to have jobs that they cannot perform from home. A cleaning lady has to go out to clean, a mechanic needs to work in a garage. These people will be living, more probably, in cramped accommodation with a lot of people sharing a housing block. They will be reliant on public transportation, which continue, in many parts of the world, to be crowded. They will be less likely to put hygienic protection measures into practice, they will be rendered more vulnerable to catching the disease and those who are unlucky enough to live in countries where public healthcare is paid for, the system has put their heads on the block.

A social and class divide

Compare the plight of many of these people (not all, of course) with the middle-class family whose kids are fully socialized for the classroom and the education system, will have four or five laptops working properly, will know how to use ZOOM and other platforms for receiving their classes, will have their own rooms and desks to study at, will have follow-up from the parents who follow their progress closely, and who will have a garden to play in or sit outside in during the Summer. The haves and the have-nots.

While we all struggled to come to terms with this horrid virus (actually we are lucky it does not have a higher mortality rate, although for many of us what it does have is already too much), we did not see the social catastrophe looming before us and as always, there have to be laws to regulate society and this means the lawyers have to patch up the existing legislation to protect workers, the educators cannot just shrug and leave a generation behind. Notice, everyone, that we will pay the price for what is happening before our eyes in the future, in twn to twenty years.

Covid has anticipated the inevitable by a decade

What Covid has done, is to bring forward trends which were going to take place anyway in ten years' time, namely teleworking (or home working). Let us take as an analogy the "average" worker, be it in an office or a car repair shop. (S)he leaves the home at around seven o'clock to catch a bus, train or Metro (Tube/Subway) to work, spending an hour and a half either way from doorstep to soorstep. So that is three hours wasted (maybe an opportunity to read something).

At work, (s)he is visible and the boss knows what (s)he is doing. For an Enlightened Manager, the sudden revolution in the workplace with everyone working from home is not such a big deal. Indeed, it is an opportunity to embrace a new work culture, setting targets and adjusting job descriptions, having virtual meetings and realizing that the workers are paying the electricity and water and internet bills from their own pockets.

For a control freak, it's a nightmare. This type of boss has suddenly lost control, imagines the workforce is sitting around at home doing nothing or lying around spanking their monkeys, weirding off to something on the Net, getting drunk and....(gasp!).... getting paid. This type of boss will also realize that (s)he does not have a real life and will probably be caught shouting orders at the hamster or else creating symbolic control scenarios to pander to the need to impose her/himself on others, such as marching the five-year-old daughter up and down the stairs.

For the company, the first type of boss is an angel; the second is outdated and with an expired sell-by date. However, the second will fill her/his staff with futile tasks such as writing daily or weekly reports on what they have done, forcing them either to cut back on tasks which they were supposed to do, to accommodate the extra work or else, more probably, to start working at 8 a.m. and finish after 9 p.m., probably with a houseful of kids screaming up the walls followed by the dog, the cat and the canary.

To preserve the work ethic in 2020, which is synonymous with the Covid Year, legislators need to protect workers, the control freak needs to invest in software to monitor his employees if it is really that important while the Enlightened Manager can rest on her/his laurels and reap the benefits of home working.

While the control freak is dying to find schemes to get his workers back in the workplace so that they can be frowned at, scowled at, glared at and intimidated, (s)he has lost the initiative; meanwhile the Enlightened Manager has just seen her/his bottom line grow by 3.6 million dollars because (s)he is no longer paying 25 dollars per square meter per month for 6 floors of offices of 2,000 m2.

So much for the workplace revolution. On a wider scale, the drama most families face is paying their rents or mortgages on two-thirds of their salaries, or not paying anything at all, then being faced with the bill for the normal payment plus the payment due during the moratorium. It brings into question the whole issue of accommodation. Is it a basic human right to enjoy a place to live, for free? And this is the drama, not food.

Food is readily available in food banks, at churches, from private volunteers, even from begging or asking for a meal or a sandwich or picking up scrape from the floor of the local market. Been there, done that. Accommodation is the huge stone around a person's neck from the day they leave home until they have their house paid off (the lucky ones). Here, as societies, we should reflect carefully on whether accommodation should be approached differently, not as a commodity to make a profit but as a basic birthright.

The collective and global responsibility for now and the future

Until then, landlords have a decision to make. Make it easy for the tenant and hope that eventually you will get some income, or evict the tenant who is not paying as soon as you can? Since we are all in this together, since the conversation today is not about politics or countries bombing others, we all have a collective responsibility to help each other out.

This does not mean only during this crisis, it means way beyond it, adjusting to a new reality and a new way of thinking, globally. This means that governments have a global responsibility to set things which were veering dangerously close to the precipice, right.

There is no doubt that a dramatic reduction in the evil consequences of human activity has seen the environment recover dramatically and this is a lesson that nature has taught us. Another lesson is the trade in wildlife and the destruction of habitats, which are natural reservoirs for viruses. Imagine something like MERS (a cousin of Covid's), another Betacoronavirus also having bats as its vector, with a mortality rate of not 3.4% but rather 34%. Thank God Covid has not (yet) learnt how to behave like its cousin, but what if there are even worse horrors out there lurking in the forests?

Nature has also taught us that if we pull together and share knowledge, instead of glaring at each other down the barrel of a gun, we can make a difference for the better. Nice words? Maybe but let's put nice words into practice. Time for action.