Human behavior: Obscene in the past, decent today 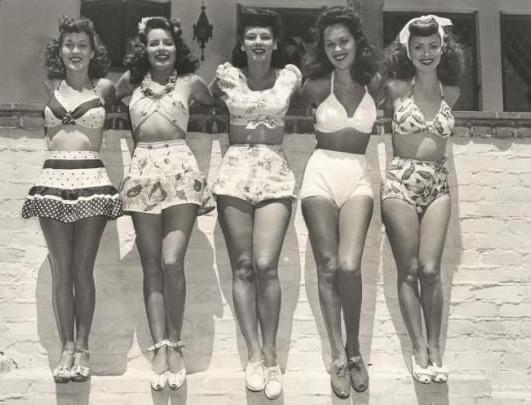 In salons of the XIX century, it was considered indecent if a man invited one and the same lady to dance for more than three times. He was supposed to propose to her after a second time.

In the United States, women hardly ever do their make up in public. This is still considered  indecent, just like looking in the mirror when there are other people around.

Gloves used to be a home accessory. Even though there was a variety of gloves (sports, ballroom, hunting, lackey gloves, etc), people used to wear gloves only when at home as it was considered indecent to wear them in public.

During the 1920s, it was considered indecent to write literally at Russian schools. Literacy was not a proletariat peculiarity. One could even write a denunciation for literacy.

In the UK, it is considered indecent to knit in public. Interestingly, knitting has been particularly popular among British men lately. Knitting is the third most talked-about topic in pubs after football and politics.

In Bulgaria, it was considered indecent for men to drink less than 1.5 liners of wine a day. Wine in Bulgaria is cheap and its moderate consumption used to be considered a sign of inhospitality.

During the Japanese tea ceremony, it is considered indecent to sit cross-legged. For a tea ceremony, one needs to hide their legs, so participants sit on their own heels.

In Russia, it was considered indecent to stand half-turned when talking to someone. When a person enters the room, it was considered not nice at all to examine this person from head to foot as it could put the person, especially a woman, in a highly embarrassing situation and make her lose self-control.