Soviet Union to rise from ashes in 21st century

The Soviet Union collapsed in December 1991. The break-up of the Soviet Union took everyone by surprise, including the ruling elite of the United States. Vladimir Putin described the disintegration of the USSR as "the largest geopolitical catastrophe of the 20th century." Was it possible to avoid the collapse of the largest country in the world? Today, it is generally believed that it was impossible to preserve the USSR the way it had existed since 1922. 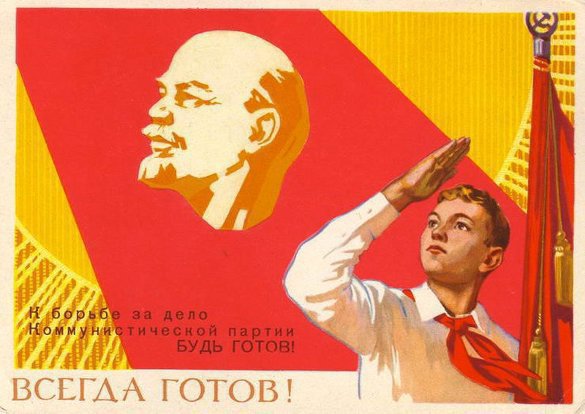 The collapse of the Union occurred due to political, economic and socio-cultural processes that had taken place in the country since 1986. Still, many researchers try to understand what the world would have been like if the USSR had not collapsed and could have functioned in the 21st century.

On December 21, the declaration on goals and principles of the CIS confirmed the Belovezha Accords. The declaration specified that the USSR ceased to exist after the CIS was formed. Eight more republics joined the CIS: Azerbaijan, Armenia, Kazakhstan, Kyrgyzstan, Moldova, Tajikistan, Turkmenistan, and Uzbekistan. Georgia joined the CIS in December 1993.

Long before that, on March 17, 1991, nine Soviet republics held a referendum, in which the overwhelming majority of people voted to preserve the federal system of the Soviet Union. As a result of the referendum from April 23, 1991, the central government of the Soviet Union signed an agreement with nine republics. If the agreement had been implemented, the USSR would have become a federation of independent republics with one president, one army and common foreign policy. By August 1991, nine republics, save for Ukraine, had approved the draft of the new treaty. Quite possibly, the USSR could continue to exist in this form, although various political forces took measures not to let this happen.

In his desire to liberalize certain aspects of state administration, Gorbachev weakened state control, which led to economic and political chaos and the growth of nationalist and separatist movements in many republics. What would have happened if Gorbachev had implemented his reforms? What if the Soviet Communist Party could have held power in its hands?

In 1921, after the victory of the Soviet state over tsarist and anti-Bolshevik forces in the civil war of 1918-1920, the New Economic Policy was adopted. The NEP took the economy of the country to a  pre-war level. In 1928,  Joseph Stalin abolished the New Economic Policy. If he had not done that,  the light industry and agriculture sector would have been privately owned, while mines and heavy industry would have been in the hands of the state.

To implement such a scenario in the late 1980s, Gorbachev was supposed to convince his fellow communists that his new policy would not undermine the reputation of the party given that the overwhelming majority of the Soviet population had lost confidence in party slogans and the government. Nevertheless, judging by the results of the 1991 referendum, many republics of the USSR still considered themselves part of the unified state.

According to the new economic plan, medium and large enterprises would have remained in the hands of the state, but people would have been able to carry out small-scale economic activities, especially in agriculture.

With this approach, the people would have learned to care more about economic benefits and profits, as it happened, for example, in China. The Soviet society was ready for economic reforms in the mid-1980s. An economic transformation would have made it possible to keep the country alive.

It is difficult to predict how the relations between the new USSR and China would have been developing, because China would have become USSR's direct rival. The Chinese model of state capitalism proved to be highly effective. One can imagine a model of Soviet capitalism by analogy. The leadership of the new country should have been firm and strong, capable of making tough decisions. The Chinese also had to make a similar choice in 1989, when the military crushed  demonstrations on Tiananmen Square. They decided to preserve the existing state structure.

Most likely, it was impossible to save the Soviet Union. Western influence in the ruling elite of the country was too strong, and it was impossible to achieve any agreements because of the existence of certain internal mechanisms and political processes. It is possible, however, that the new reformed Soviet Union will be created in the foreseeable future through a number of economic, military and political alliances with former Soviet republics.

The Eurasian Economic Union, which incorporates Russia, Belarus, Kazakhstan, Armenia and Kyrgyzstan, as well as close military cooperation between Russia and Armenia clearly confirms the desire to revive Soviet traditions on post-Soviet space. The USSR could not survive, but scenarios of its possible reincarnation will continue to excite historians and social scientists for a very long time.